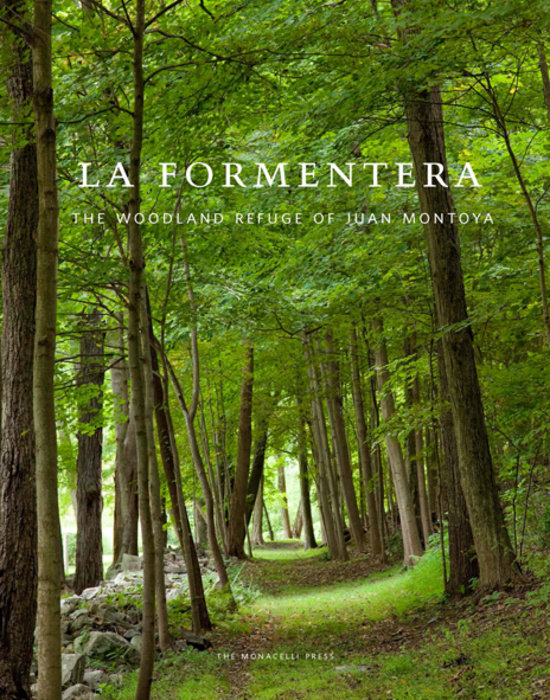 ERIC PIASECKI is a New York-based photographer, specializing in interiors and landscapes. His work is widely published in design magazines including Architectural Digest, Elle Decor, and House Beautiful, to name just a few.

KAREN LEHRMAN BLOCH is the editorial director of Grafia Books. She has written critical articles for many major publications, such as The New York Times Book Review, The New Republic, The Wall Street Journal, Mother Jones, and Vogue.

The Woodland Refuge of Juan Montoya

In the 1970s, renowned interior designer Juan Montoya lived on La Formentera, a Balearic Island off the Mediterranean coast of Spain. Later, near Garrison, New York, Montoya acquired land and built his place of solace, his own La Formentera. He fulfilled his dream of a property that could evoke the same majesty of that island’s rocky terrain, without the Mediterranean climate. The retreat is made up of an elegantly simple Japanese-style house and 100 acres of pristine landscape, shaped by Montoya himself. Setting out on the paths, one encounters massive stone sculptures, an inviting pool complex, and rustic shelters made of rough stone. A rushing brook runs through the property, and empties into a lake with a small island where thousands of daffodils bloom in the spring. La Formentera is the perfect refuge for Montoya, whose credo is, “I want to be surrounded by beauty and creativity.”

Photographer Eric Piasecki has captured that beauty and creativity inherent to this unique place in all seasons—from the deep greens of summer, to the golden leaves of fall, to the pristine snow drifts of winter, to the first blush of spring. Karen Bloch’s engaging text tells the remarkable story of the property, as well as the great pleasure it gives Juan Montoya and all who visit there.

"It's a rare property that deserves a book of its own. Designer Juan Montoya's rustic stone-and-wood house, located in New York's Hudson Valley, certainly does. In La Formentera, Eric Piasecki's meticulous photographs survey its charmingly overstuffed rooms and the surrounding 110 acres of gardens, streams, and woodlands punctuated by contemporary sculpture." —Elle Decor

"Need a short break in the country? Look no further than your bookshelf. Juan Montoya presents four seasons of beauty in oversized photographs of his divine property and house in Garrison, New York. Over the course of 40 years, Montoya has created a spiritual refuge from a former commune." —New York Observer

"This lovely book with the photographs of Eric Piasecki and a winsome introductory essay by Karen Lehrman Bloch began casually as a personal project when Juan asked his friend Eric to take pictures of his home in every season." —Traditional Home