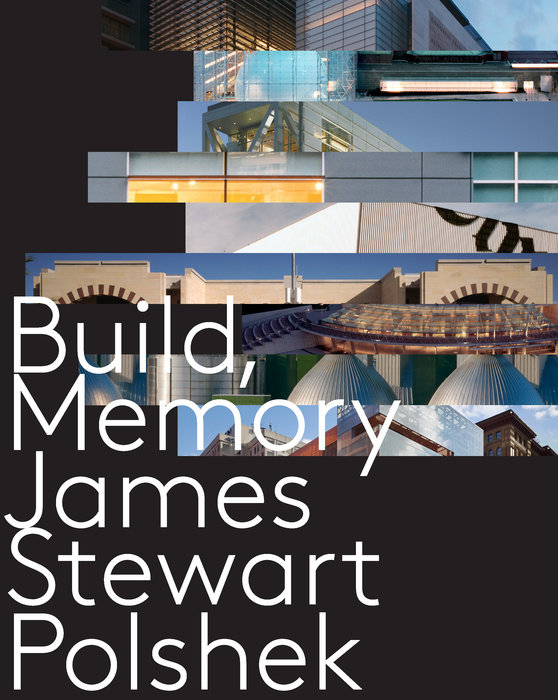 James Stewart Polshek founded James Stewart Polshek Architect in 1963 and led the firm, later known as the Polshek Partnership, until 2005. A former dean of the Columbia University Graduate School of Architecture, Planning and Preservation, he is currently a member of the Public Design Commission of the City of New York.

A look at a life in architecture from the architect of the Rose Center at the American Museum of Natural History in New York and the Newseum in Washington, D.C.

James Stewart Polshek has witnessed changing architectural tastes, worked with numerous high-profile personalities, and designed many of America’s most prominent buildings. His notable and immediately recognizable projects include the William J. Clinton Presidential Center in Little Rock, Arkansas, and the renovation and expansion of Carnegie Hall in New York City.

Committed to principles of community, history, and environment, Polshek has devoted his fifty-plus-year career to serving the common good. In Build, Memory, he surveys his life’s work in an accessible personal narrative, with a focus on the process of designing a building and working with clients to implement their vision. A lively narrative and abundant imagery guide the reader through the sixteen diverse and important structures that Polshek has named the highlights of his active and impressive career, revealing details about the history and development of these buildings along the way.

"Although it contains aspects of both, James Stewart Polshek’s new book, Build, Memory is neither monograph nor memoir. It is instead a kind of quiet, hands-on polemic on the meaning and making of architecture. Polshek looks at 16 of his seminal projects—including among others, the Rose Center for Earth and Space, American Museum of Natural History and the William J. Clinton Presidential Center—tracing their journeys from inception to completion." —Metropolis

"Unlike the typical architectural monograph with spare displays of lavish photography, Polshek's feels more like a scrapbook, with napkin sketches (one for the Clinton library bears the presidential seal). The 'folds' in Polshek's history appear in Nabokovian fashion: the design of the National Museum of American Jewish History overlaps with the architect's recollections of Louis Kahn's work for the Mikveh Israel congregation, and Polshek's history of his student days at Yale and the studio space he occupied in Kahn's Yale University Art Gallery, which Polshek's firm would restore fifty years after its completion. In this comprehensive and highly personal memoir, the architect shows how his architecture is a product of not only a penetrating intellectual reservoir of memory, values, and altruism but also a collaboration with colleagues and clients across a practice that spans more than a half-century." —Constructs

"Arguably, this is the most impressive professional memoir ever written by an architect. . . . Fascinating, informative, intriguing, amusing, dramatic, richly illustrative, and highly instructive for all students of architecture and design. For all design libraries and students of postmodernism." —Library Journal

"Architect James Stewart Polshek seems to be able to design in almost any idiom. Rather than impose his own style on a project, he prefers to work within a design language that applies specifically to each one." —Women's Wear Daily