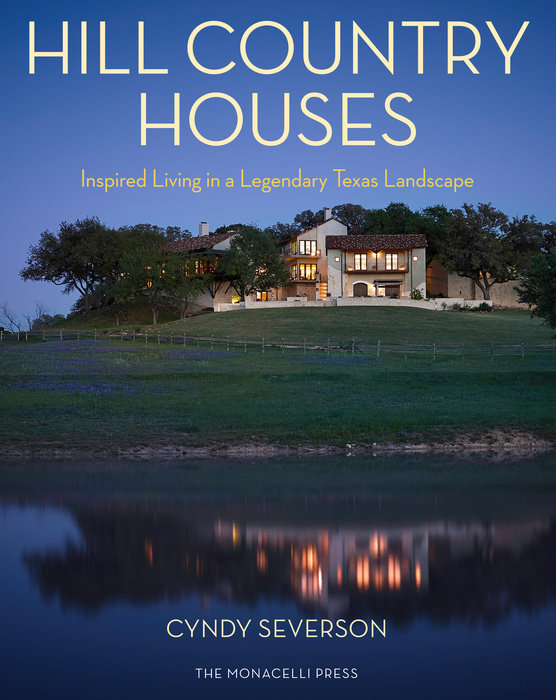 Cyndy Severson is a fifth-generation Texan. She holds degrees in interior design and art history from the University of Texas at Austin, and for the past thirty-five years she has collaborated with architects as an interior designer specializing in residential and hospitality projects. Her passion for regional design and historical architecture has resulted in numerous awards from the AIA as well as various historical societies. She is also a seasoned photo stylist and set designer who has worked in print and film. Severson has been writing articles on architecture, design, travel and lifestyle since the late 1970s, and has contributed to Texas Monthly Magazine, Domain, Texas Homes, D Magazine, Texas Architect, and the Dallas Morning News. She divides her time between Texas and her home in Mexico, where she lives with an architect and four dogs.

This volume presents nineteen of the area’s most remarkable private houses, with lush photography to provide a glimpse of how life in Central Texas is unique—from restored Victorian houses in bohemian Southtown, to a glass-walled ranch in Boerne canopied by oak trees; from floating stairs and sustainable systems to the casual elegance of country antiques, screen porches, and longleaf pine floors.

The rolling hills, spring-fed creeks, rivers, timber forests, and fertile grass-covered prairies of Hill Country—along with their abundance of natural materials such as limestone, cedar, local pecan, mesquite, oak, and cypress—inspire architects and interior designers to create beautiful modern spaces. They draw from the strong vernacular tradition of classic farmhouses that once dotted the land, and the building techniques that have been handed down through generations. The architecture and interiors featured here in beautiful full-color photography celebrate the wonderful particularities of this singular place.

"There’s inspiration aplenty in the pages of Hill Country Houses, and not just for those who live among the grassy hills and spring-fed rivers of central Texas. Here are 19 private homes that sit lightly and sensitively on the land. Local limestone, cedar and cypress come together with stylistic cues from Spanish Mission style, German immigrant craftsmanship and the WPA-era architect O’Neil Ford (a Texas icon) to create a new regional modernism. This being Texas, the featured homes are generously proportioned, with wood-beamed ceilings, expanses of glass and adaptations like deep roof overhangs and stone-block construction to temper the harsh climate. Simple wooden porches and metal roofs harken back to prairie farmhouses; in other projects, stucco walls and red-tile roofs recall a time before the Alamo. In the one impressive book, author Cyndy Severson, a noted Texas interior designer, spotlights a state-full of talented contemporary architects whose work merits attention on a national scale."
—1st Dibs' Introspective

"The Texas Hill Country, to its first 19th-century Anglo settlers, was more of a ‘trap’ than a verdant vacation spot, as Robert Caro writes in The Path to Power, ‘The walls of these cabins, visitors complained, were so full of holes that they did little to keep the wind out. . . . Rutherford Hayes wrote that he slept in one through whose walls a cat could be hurled "at random."’ A visitor to the Hill Country these days is in greater danger of being crowded out than of having to spend the night in an unintentionally breezy cabin. The real showstoppers are the houses nestled deep in the scraggly land west of Austin and San Antonio. Severson is careful to note when architects of homes like one on a working cattle ranch in Guadalupe County make innovative use of local materials or do a particularly seamless job of integrating a home into the landscape. Texas historian T. R. Fehrenbach has noted that life for early Hill Country residents was ‘hardy, dirty, terribly monotonous, lonely, and damagingly narrow.’ The evidence presented in this lovingly detailed and beautiful book, though, suggests that life in today’s Hill Country is just the opposite."
—Tribeza

"More than a coffee table book with pretty pictures of pretty homes. The 240-page book, set to be released Oct. 7, details the history of the different architectural styles that have dominated design in Texas—from the Spanish Colonial missions in the late 1600s through the modern homes of today."
—Austin Monthly