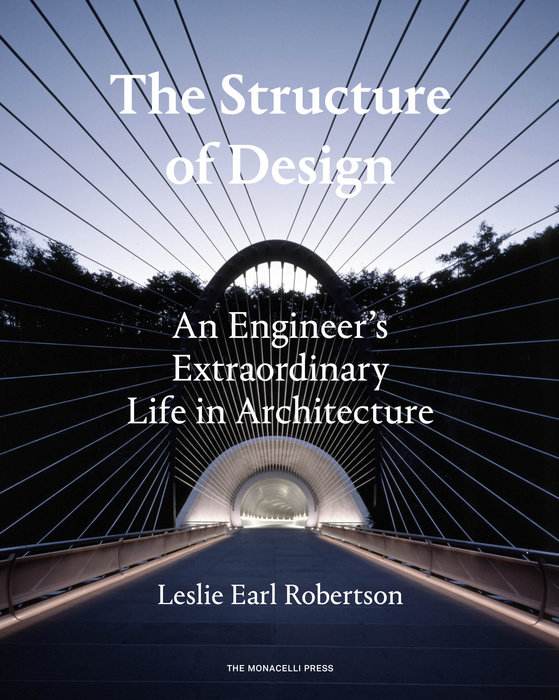 Leslie E. Robertson is the founder of Leslie E. Robertson Associates. In 1952, he graduated from the University of California at Berkeley with a Bachelor of Science, and soon began his career as a structural engineer. He has lectured all over the world and has earned numerous awards and honors, including the U.K.’s Institution of Structural Engineers Gold Medal; America’s Most Creative Engineer Award; and the AIA Institute Honor Award. The recipient of four honorary doctorate degrees in engineering and science, he was elected to the National Academy of Engineering in recognition of his expertise and contributions to the field of structural engineering. Robertson’s design for the World Trade Center was awarded the Outstanding Civil Engineering Achievement by the American Society of Civil Engineers. He is a Fellow of the Institution of Structural Engineers in the U.K. and Ireland, a First Class Architect and Engineer in Japan, and an Inaugural Member of the Academy of Distinguished Alumni at the University of California at Berkeley. He has served on numerous committees and organizations devoted to civil rights, world peace, and the environment.

The Structure of Design

An Engineer's Extraordinary Life in Architecture

In The Structure of Design, Leslie Earl Robertson recounts a storied career in engineering which has generated among the most innovative and formally daring buildings of the modern era, as well as his extensive collaborations with several titans of the practice: Minoru Yamasaki, Philip Johnson, Max Abramovitz, Romaldo Giurgola, I. M. Pei, Pei Partnership, KPF, Kiyonori Kikutake, and Gunnar Birkerts. Robertson’s large-scale projects with some of the leading sculptors of the day, including Richard Serra and Beverly Pepper, display the range of this engineer’s craft.
As a restless student from modest origins, Robertson’s first encounters with engineering were almost accidental, yet he would go on to be lead engineer of the landmark IBM buildings in Pittsburgh and Seattle while still in his early thirties. Immediately thereafter he embarked on what would become his most renowned project, the World Trade Center, to be followed by scores of major buildings around the world.
The Structure of Design is a personal and accessible chronicle of the partnerships and problem-solving that have forged classics of modern architecture, and a privileged look at how the key discipline of engineering influences design, as told by a genius and poet of structure.

Praise for The Structure of Design

“The Structure of Design wonderfully documents how important Les Robertson has been to good architectural design—and what a beautiful life he has led as well.”
—David Childs/SOM

“This is an informative memoir by one of the world's leading structural engineers, explaining how some of his essential works were realized from a technical as well as architectural perspective. You needn't be an engineer to understand his accessible and humane accounts of what gets built, why, and how."
—Carol Herselle Krinsky, Professor of Art History, New York University

"The breadth and beauty of Leslie Robertson's work will continue to fascinate and inspire for ages."
—Ken Burns, filmmaker

“Whether for our tallest buildings or the intricacies of balance in sculpture, Leslie Robertson has come up with some of the most spectacular solutions to engineering problems in our age. His imaginative strength is in understanding the essence of engineering, of how structure is life-enhancing, and making the impossible possible.”
—Beverly Pepper, sculptor

“My partners and I have worked with Les Robertson for most of our careers. His structural concepts are fundamental to two of my most dramatic buildings, the Shanghai World Financial Center and the International Commerce Centre in Hong Kong. Les was the first person we would turn to when we were searching for a concept to structure our major tall buildings.”
—William Pedersen, Kohn Pedersen Fox Associates