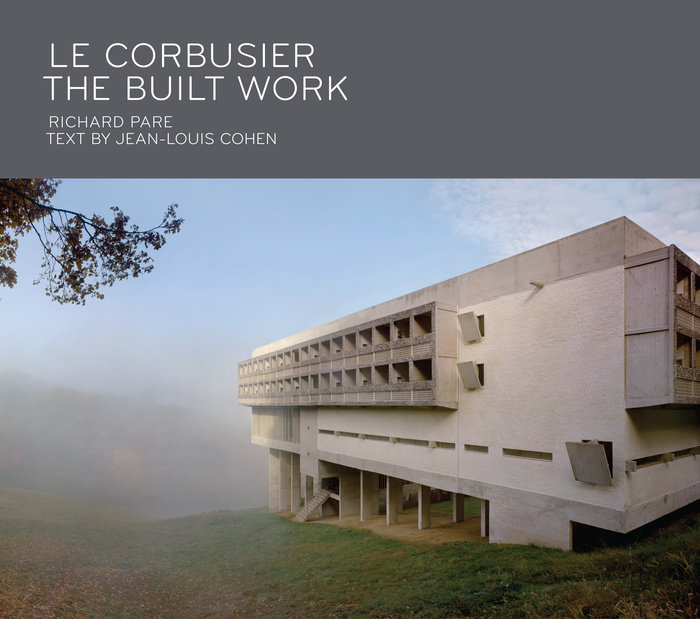 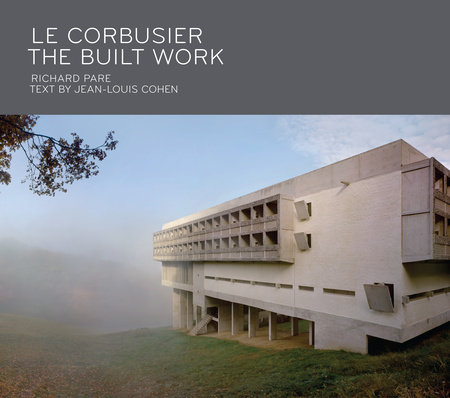 Architectural photographer Richard Pare is the author of the seminal The Lost Vanguard: Russian Modernist Architecture 1922-1932 (The Monacelli Press, 2007). He was the founding curator of the photography collection of the Canadian Centre for Architecture and a consultant to the collection since 1989. He is represented in many major public collections of photography.
Jean-Louis Cohen is founder of the Cité de l'architecture, a museum, research, and exhibition center in Paris's Palais de Chaillot. His research activity has been chiefly focused on twentieth-century architecture and urban planning. He has studied German and Soviet architectural cultures in particular, and extensively interpreted Le Corbusier's work and Paris planning history. Cohen is the author and curator of many architecture books and exhibitions.

The most thoroughgoing survey of nearly all of Le Corbusier’s extant projects, beautifully photographed and authoritatively detailed.

Le Corbusier is widely acknowledged as the most influential architect of the twentieth century. As extensively researched and documented as his works are, however, they have never been exhaustively surveyed in photographs until now. Photographer Richard Pare has crossed the globe for years to document the extant works of Le Corbusier–from his first villas in Switzerland to his mid-career works in his role as the first global architect in locations as far-flung as Argentina and Russia, and his late works, including his sole North American project, at Harvard University, and an extensive civic plan for Chandigarh, India.

Le Corbusier: The Built Work provides numerous views of each project to bring a fuller understanding of the architect’s command of space, sometimes surprising use of materials and color, and the almost ineffable qualities that only result from a commanding synthesis of all aspects of design. With an authoritative text by scholar and curator Jean-Louis Cohen, Le Corbusier: The Built Work is a groundbreaking opportunity to appreciate the master’s work anew.

"Pare traveled the world photographing the buildings of master architect Le Corbusier. This book collects photos of Le Corbusier’s villas in Switzerland, his visual art center at Harvard University, and his multiplex structures in Chandigarh, India, and more."
—Publishers Weekly

"The 20th century was one of the more divisive eras in architectural history, with pioneers like Frank Lloyd Wright, Ludwig Mies van der Rohe, and Walter Gropius paving the way for modernism—sometimes to the distaste of critics and the public. But perhaps no architect was as controversial during that era as Le Corbusier, today beloved and respected by architecture buffs around the world.... Today, the polarizing figure is the subject of a new book Le Corbusier: The Built Work, a photographic survey by Richard Pare of nearly the entire oeuvre of the architect reflecting the current state of his buildings."
—Architectural Digest

"Even the most fanatical Le Corbusier devotee will likely encounter a project—of cavernous concrete, brightly-painted plaster, or towering glass walls—that they haven’t yet seen."
—Metropolis

Pare's "work is skillful, characterful, and generous in quantity... You have seen these buildings and their interiors before, but you've never seen them quite like this."
—Interior Design

“English photographer Richard Pare embarked on a globetrotting odyssey to chronicle in more detail than ever before the illustrious Swiss-French designer’s vast architectural footprint.”
—Departures International

“It is definitely worth adding to your collection.
—Life of an Architect