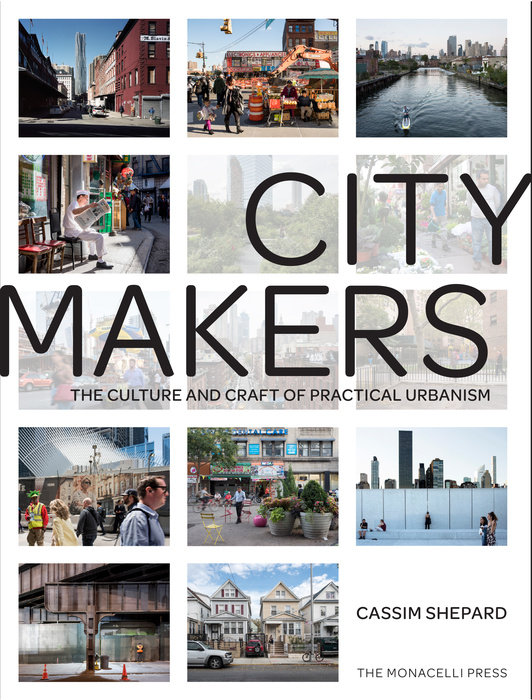 Cassim Shepard is the founding editor-in-chief of Urban Omnibus, the online publication of The Architectural League of New York. He is the 2019 Guggenheim Fellow for Architecture, Planning, and Design. For the past six years, he has worked with hundreds of local architects, designers, artists, writers, and public servants to share their stories of urban innovation, with a particular emphasis on housing, infrastructure, and the changing nature of cultural institutions. In addition to his editorial role, Shepard makes films about the design, planning, and experience of cities and places. His film and video work has been screened at the Venice Architecture Biennale, the Ford Foundation, and the United Nations, among many other venues around the world. His writing on urbanism has appeared in Next City, Places, Domus, Public Culture, as well as in books and catalogues documenting work by Geoff Manaugh, David Adjaye, and others. He has taught courses at the Cities Programme of the London School of Economics and Columbia's Graduate School of Architecture, Planning and Preservation. From 2010 to 2013, he was a Poiesis Fellow at the Institute for Public Knowledge at New York University. He studied filmmaking at Harvard University, urban geography at the University of London, and urban planning at MIT.

The Culture and Craft of Practical Urbanism

Cities are where solutions to the twenty-first century’s key challenges—addressing inequality, fostering political participation, responding to climate change—will be tested. And as cities adapt to new developments in technology, infrastructure, public space, transportation, and housing, so too must urban practices and our understanding of how to effect positive change evolve. In Citymakers, Cassim Shepard—2019 Guggenheim Fellow for Architecture, Planning, and Design—offers a vivid survey of how urbanism today is no longer the domain of just planners, politicians, and power brokers removed from the effects of their decisions, but an array of citizens working at the vanguard of increasingly diverse practices, from community gardeners to architects to housing advocates.

Drawing on six years as the editor of Urban Omnibus, one of the leading publications charting innovations in urban practice (launched in 2009 by The Architectural League of New York), Shepard explores a broad variety of projects in New York, a city at the forefront of experimental and practical research: a constructed wetland in Staten Island, a workforce development and technology program in Red Hook, Brooklyn, a public art installation in a Bronx housing project, a housing advocacy initiative in Jackson Heights, Queens. These and a wide variety of other examples in Citymakers comprise a cross-disciplinary, from-the-ground-up approach that encourage better choices for cities of the future.

By blending intimate portraits of individuals and projects with incisive social analysis, Citymakers reports from the front lines of urban practice with up-to-the-minute examples and arguments that reframe our understanding of urbanism. With original photography by Alex Fradkin, the book fuses the rich visual and graphic sensibility of architectural publishing with the informative readability of sophisticated, long-format journalism. Revising traditional notions of urban intervention and providing new directions for the next generation of citizen-practitioners, Citymakers is a lasting document of the perspectives driving cities today, and tomorrow.

"Shepard, founding editor of the online publication Urban Omnibus, presents readers with a rich view of the challenges of and opportunities for sustainable "citymaking" in an era of increasing economic inequality and destabilizing climate change.... The book offers a passionate and informed plea for citizens at the local level to recognize and invest in both daily and long-range projects that support the urban environment."
—Publishers Weekly

"There are many hundreds of books being written about cities today but very few that make the leap beyond the academy. Citymakers is that rare wonder: a solidly researched, compelling argument for a reinvention of urbanism, told in beautiful prose that is accessible to anyone who is interested in how cities work. Cassim Shepard has brought his keen eye, his nimble brain, and his generous heart to this exploration of cities, and produced a landmark that I will be turning to again and again."
—Suketu Mehta, author of Maximum City: Bombay Lost and Found

"To respond to a contemporary urban condition challenged by growing inequality and rising seas, designers must engage the creative coalitions emerging among citizen-activists, ecologists, artists, and public servants. In Citymakers, Cassim Shepard suggests new methods of engagement, offering a vital account of how—and by whom—cities are made today."
—Sir David Adjaye, architect, lead designer of the National Museum of African American History and Culture

"The right to the city resides in the diffusion of planning power, capacity, and creativity as the hallmarks of democratic urbanity. The dedicated “citymakers” described in this wise and generous book work at many scales—and via many practices—to ameliorate the city both physically and socially. Cassim Shepard situates their inspiring stories in an ethical and conceptual context that probes how we might harmonize a shared political economy and a sustainable built environment."
—Michael Sorkin, author of Twenty Minutes in Manhattan

"As the ownership of urban land is increasingly consolidated in fewer and fewer hands, we must highlight small acts of citizenship and design that reaffirm the values of public life and the public goods we hold in common. In Citymakers, Cassim Shepard does just this by combining narrative field reports of contemporary local practitioners with a broad reading of the intellectual history of the city."
—Saskia Sassen, Columbia University, author of Expulsions: Brutality and Complexity  in the Global Economy