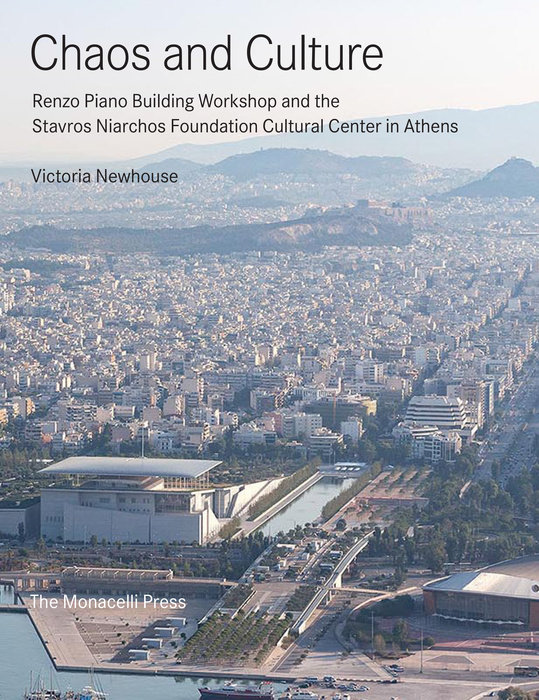 Victoria Newhouse is an architectural historian and the author of Towards a New Museum, Art and the Power of Placement, and Site and Sound: The Architecture and Acoustics of New Opera Houses and Concert Halls. She lectures frequently on museums, and her articles on the subject have appeared in the New York Times, Architectural Record, Architectural Digest, and ArtNews. Newhouse also founded and directed the Architectural History Foundation, a nonprofit publisher of scholarly books.

In 2006 the Stavros Niarchos Foundation announced its gift of a new cultural center in Athens to house both Greek National Library and the Greek National Opera House within a forty-acre landscaped public park. Two years later, with designers and engineers in place and the project underway, the Greek economy collapsed.

In Chaos and Culture, Victoria Newhouse weaves a fascinating narrative of how a philanthropist and an extraordinary design team became convinced that architecture could serve as a beacon of hope amid Greece’s economic crisis and political upheaval. With meticulous methodology of primary research, interviews with designers, and historic context, Newhouse describes the decade-long process leading to the creation of the Stavros Niarchos Foundation Cultural Center (SNFCC), an $800 million dollar project that became the symbol of recovery and survival.

The Stavros Niarchos Foundation Cultural Center (SNFCC) cannot but assume unusual cultural significance, standing as it does on a hill in view of the Parthenon (to the north) and Faliro Bay (to the south). Newhouse further situates the project within the modern history of Athens, beginning with Greece’s independence in 1832, and reaches back much earlier to describe two-thousand-year old cemeteries unearthed on the site. Aerial views by the photographer Iwan Baan are among the 200 photographs and drawings documenting the process and context of the SNFCC.

Praise for Chaos and Culture

“…a sweeping tale of national identity and artistic anxiety. Newhouse ably balances discussions of details—Piano’s abstract, balletic sketches are reproduced here along with handsome aerial photographs of the site—with the drama of the financial stakes and personalities involved.”
—The New Yorker

"It’s rare that a book on a single building can sustain itself, but here Newhouse’s does so mightily. Weaving together the cultural center’s many conflicts and contractions—as well as the victories; it is, after all, a beautiful, poetic structure—Chaos and Culture is the kind of architecture book the world needs more of: well researched, culturally astute, and historically sensitive."
—Surface magazine

"Renzo Piano... has emerged over the past 50 years as the Leonardo da Vinci of modern architecture."
—Library Journal