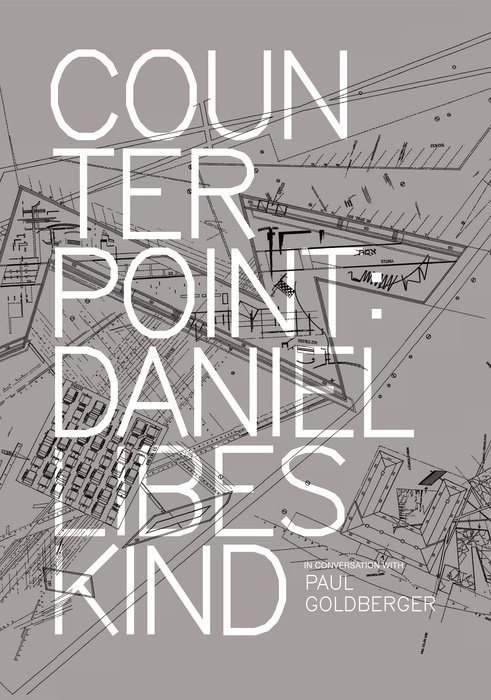 Paul Goldberger is the architecture critic for the New Yorker. He also holds the Joseph Urban Chair in Design and Architecture at the New School in New York City. He began his career at the New York Times, and in 1984, he was awarded the Pulitzer Prize for Distinguished Criticism. He is the author of several books, most recently his chronicle of the process of rebuilding Ground Zero, Up From Zero: Politics, Architecture, and the Rebuilding of New York. The author lives in New York.

Architect Daniel Libeskind, known for his dynamic, fractured compositions, is also recognized for introducing a new critical discourse to architecture. In an enormous variety of projects around the world—major cultural institutions, convention centers, universities, hotels, commercial centers, and residential work—he has manifested his commitment to expanding the horizons of architecture and urbanism. Counterpoint: Daniel Libeskind is the first comprehensive portrait of the work of Studio Daniel Libeskind, which was established in Berlin in 1989 and moved to New York in 2003 after winning the World Trade Center design competition.

Drawn from a series of interviews with celebrated architecture critic Paul Goldberger, Counterpoint exemplifies Libeskind’s multidisciplinary approach, which reflects a profound interest in philosophy, art, music, literature, theater, and film. Along with Memory Foundations, the master plan for the World Trade Center site, featured projects include the Jewish Museum Berlin, the Royal Ontario Museum, the extension to the Denver Art Museum, the MGM Mirage CityCenter in Las Vegas, a multi-building complex in Busan, South Korea, and projects in the United Kingdom, Switzerland, Spain, the Netherlands, Italy, Israel, Mexico, Japan, and China.

"[Libeskind's] formally ambitious work has made him a favorite of clients looking for recognizable design. From critics, it has drawn a mix of admiration and vitriol that has placed him at the center of debates about the values and aesthetics of architecture in the first decade of the 21st century."
—William Hanley, Architectural Record