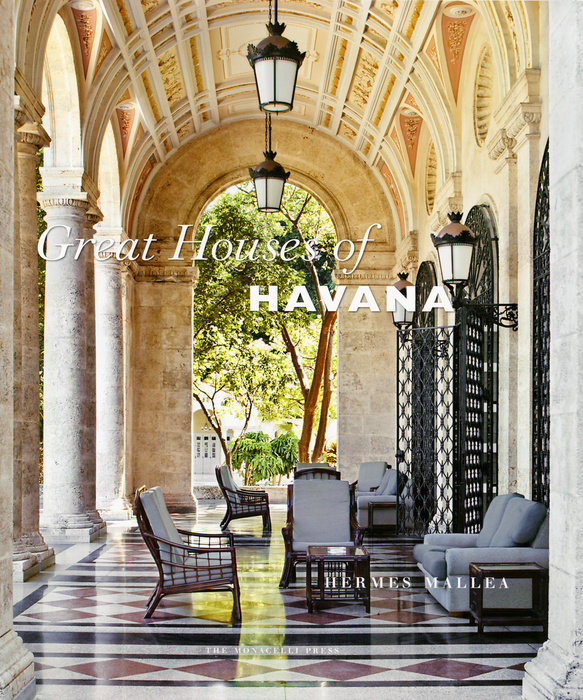 Hermes Mallea is an architect and a partner in M(Group), a design firm based in New York. A longtime collector of vintage Cuban photographs and a member of a Cuban-American family, Mr. Mallea has traveled to Cuba frequently to do research and to lecture on historic preservation.

Great Houses of Havana celebrates one hundred years of creativity, design, and style that made the city “the Paris of the Caribbean.” For four hundred years, Havana was the center of Spanish trade in the western hemisphere. With the expansion of the sugar industry, independence from Spain, and North American investment, Havana became a city of great wealth, great style, and great houses in a vocabulary that was a unique amalgam of European, American, and Caribbean elements.

Great Houses of Havana traces the evolution of the Cuban home from the classic, Spanish colonial courtyard house to the “Tropical Modernist” villas of the 1950s—houses reflecting international architecture trends while remaining true to the Cuban tradition.

Praise for Great Houses of Havana

"Hermes Mallea’s Great Houses of Havana is one of several books on that city to appear this season, but it may be the most personal. . . . For Mallea, a Cuban-American architect who is based in New York, the book grew out of a longstanding fascination with his family’s history.What you will see is a selective survey of elegant Havana houses, from the traditional Spanish Colonial courtyard house of the 19th century to the Modernist-influenced houses of the 1950s." —The New York Times Style Magazine

"With photographs archival and new, the book documents the astonishing ways in which the prevailing styles of the day were adapted to the island's distintive climate and culture. Here, originality ruled." —Veranda

"Documents the evolution of Cuban design through a fantastic mix of contemporary and historical images." —New York Magazine