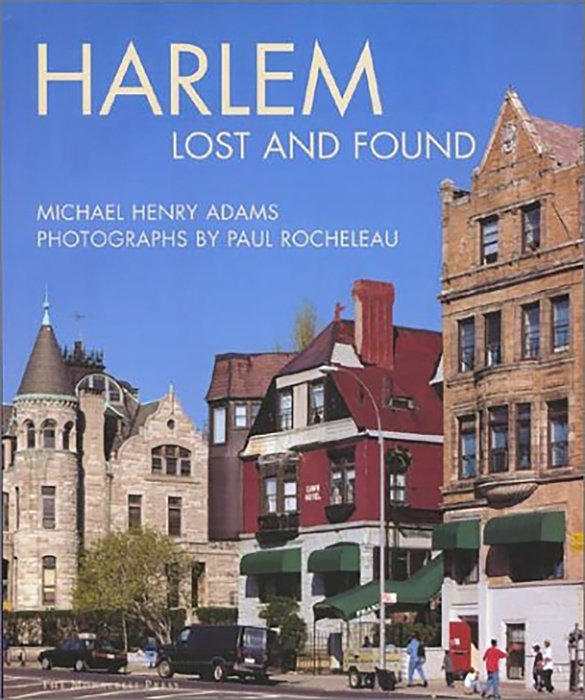 Michael Henry Adams studied historic preservation at Columbia University and is an expert on the architecture and history of Harlem, where he lives and works. He is the author of American Regional Rooms and has contributed to African-American Architects in Current Practice and Long Island Country Houses and Their Architects, 1860-1940.

Among Paul Rocheleau's books are American Colonial: Puritan Simplicity to Georgian Grace, Farm: The Vernacular Tradition of Working Buildings; Henry Hobson Richardson: A Genius for Architecture; and Shaker Built: The Form and Function of Shaker Architecture.

Long identified with African-American style and culture, Harlem is also a pillar of New York’s social and architectural history. In this beautifully illustrated study, historian Michael Henry Adams presents an evocative portrait of the various and divergent Harlems of yesteryear, from the Native American settlements discovered by the Dutch in the seventeenth century to the vibrant community of present-day preservationists.

In addition to the legacy of residential architecture—Dutch farmhouses, Native American longhouses, mansions and country villas, thoughtfully planned row houses, and handsome apartment buildings, the author examines schools, industrial facilities, stores, churches, and more. Harlem’s spectrum of designers ranges from the well known—McKim, Mead & White, responsible for part of Strivers’ Row; George B. Post & Sons, architects of the monumental Shepard Hall at the City College of the City University of New York—to practitioners who, though today mostly forgotten, designed much of the urban fabric of Harlem and New York City. All have contributed to an extraordinarily rich streetscape that today preserves the best of Harlem’s past.