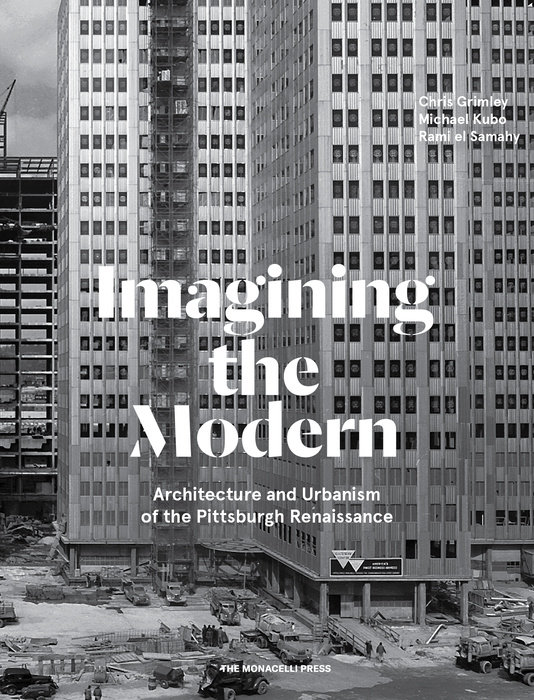 Chris Grimley is an architect and designer at OverUnder, an architecture and design firm in Boston, Massachusetts. He has taught at the University of British Columbia, Rhode Island School of Design, Northeastern University, and Wentworth Institute of Technology. He is coauthor of Heroic: Concrete Architecture and the New Boston (2015), and the designer and editor of Henry N. Cobb: Words and Works 1948–2018 (2018).
Michael Kubo is Assistant Professor in the History and Theory of Architecture at the Gerald D. Hines College of Architecture and Design, University of Houston. He was previously the Wyeth Fellow at the Center For Advanced Study in the Visual Arts, National Gallery of Art, and Associate Curator for the US Pavilion at the 2014 International Architecture Biennale in Venice. He is coauthor of numerous books on twentieth-century architecture and urbanism, including Heroic: Concrete Architecture and the New Boston (2015) and OfficeUS Atlas (2015), and is currently preparing a book on The Architects Collaborative and the authorship of the architectural corporation after 1945.
Rami el Samahy is a founding principal at OverUnder. Currently a Visiting Professor at MIT, he has taught at Carnegie Mellon University, Boston University, the Boston Architectural College, and Wentworth Institute of Technology. His research has focussed on a wide variety of urban issues including the contemporary Arab city, the logics of main street retail, and the legacy of urban renewal.

Architecture and Urbanism of the Pittsburgh Renaissance

Imagining the Modern explores Pittsburgh’s ambitious modern architecture and urban renewal program that made it a gem of American postwar cities, and set the stage for its stature today.

In the 1950s and ’60s an ambitious program of urban revitalization transformed Pittsburgh and became a model for other American cities. Billed as the Pittsburgh Renaissance, this era of superlatives–the city claimed the tallest aluminum clad building, the world’s largest retractable dome, the tallest steel structure–developed through visionary mayors and business leaders, powerful urban planning authorities, and architects and urban designers of international renown, including Frank Lloyd Wright, I.M. Pei, Mies van der Rohe, SOM, and Harrison & Abramovitz. These leaders, civic groups, and architects worked together to reconceive the city through local and federal initiatives that aimed to address the problems that confronted Pittsburgh’s postwar development.

Initiated as an award-winning exhibition at the Carnegie Museum of Art in 2014, Imagining the Modern untangles this complicated relationship with modern architecture and planning through a history of Pittsburgh’s major sites, protagonists, and voices of intervention. Through original documentation, photographs and drawings, as well as essays, analytical drawings, and interviews with participants, this book provides a nuanced view of this crucial moment in Pittsburgh’s evolution. Addressing both positive and negative impacts of the era, Imagining the Modern examines what took place during the city’s urban renewal era, what was gained and lost, and what these histories might suggest for the city’s future.

Praise for Imagining the Modern

"[The] Modernist boom—in all its glory, hubris, and conflict—is the focus of Imagining the Modern, an in-depth dive into that era and the buildings that defined it. Richly detailed and full of historic maps, drawings, and photography, it offers a wealth of information for any enthusiast of Modernist architecture or Pittsburgh itself. (It should also be noted that editors Chris Grimley and Michael Kubo helped write Heroic: Concrete Architecture and the New Boston.)"
—Metropolis

"Rami el Samahy, Chis Grimley, and Michael Kubo paint a vivid picture of the mixed emotions evoked by the changing urban landscape in Pittsburgh, Pennsylvania, a city heralded as a role model of rustbelt reinvention. The book functions as an introduction to a complex moment in the city’s history, looking at Pittsburgh as a case study in a broader moment of urban renewal in many U.S. cities.
Imagining the Modern includes a wonderful array of high-quality images and well-designed diagrams—from archival documents to photographs to city maps, the stunning visual display is captivating and invites the reader to explore “the manifold ways in which the modern was imagined in Pittsburgh.”
Instead of staking claims about the history of Pittsburgh’s modernism, Imagining the Modern showcases the debate that optimistic work by designers and planners continue to provoke. At a time when cities across the U.S. are working tirelessly to reverse the effects of urban renewal…this book asks readers to take a closer look at a few urban visions through a mix of historical essays, sexy images, riotous press clippings, enlightening diagrams, insightful interviews, and informative project descriptions that offer everyone an entry into a fraught urban and architectural moment."
—The Architect’s Newspaper

"It’s been decades since the phrase “urban renewal” enjoyed anything but obloquy. Except in a few rare cases, salvaging even an ember of positivity from the term is nigh impossible….Imagining the Modern, which sprang out of an exhibition at the Carnegie Museum of Art in 2014, achieves a greater polyphony than such accounts usually do, containing essays, news clippings, archival photography, and promotional materials, which buttress the book’s other contents, namely profiles of key buildings and interviews with their designers."
—Metropolis

"After presenting the story of Pittsburgh’s twentieth-century Modernist wave in an exhibition at the Carnegie Museum of Art in 2014, Chris Grimley and Rami el Samahy of Boston design firm OverUnder and architectural historian Michael Kubo have turned their research into a book.[Imagining the Modern] takes what the trio learned from curating the Carnegie exhibition and displays it in a compelling collection of interviews, salon transcripts, and archival materials to make better sense of the built and unbuilt ideas that transformed Pittsburgh."
—CityLab

"There is rigorous research and analysis here from an eminently qualified team….Imagining the Modern is a must-have for Pittsburghers and Modernists in architecture, landscape, and planning more broadly."
—Pittsburgh City Paper

"Imagining the Modern is a gorgeous book about a period that not everyone thinks is beautiful: the postwar design of Pittsburgh….Scrupulously factual about the matter, [the book] is a valuable collection of stunning visual evidence and dispassionate analysis."
—Pittsburgh Quarterly Magazine