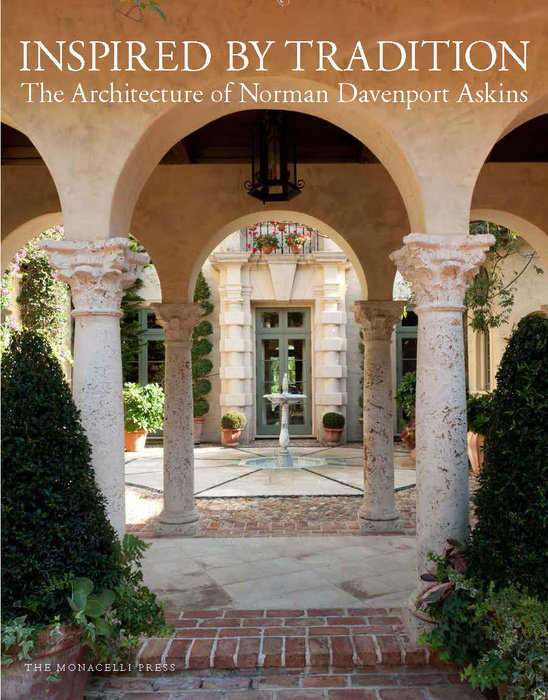 Norman Davenport Askins established his architectural practice in Atlanta in 1977 and is now renowned as the designer of elegant and livable houses in traditional vocabularies. An architectural historian and an architect, Askins researched the restoration of the Executive Wing of the White House as a special project for Colonial Williamsburg and served as director of restoration for John Milner Associates, a leading preservation firm. In July 2013, Askins received the inaugural A. Hays Town award from Southern Living magazine.

The Architecture of Norman Davenport Askins

Fifteen lavishly detailed Southern houses in Atlanta, Georgia, South Carolina, the Virginia Piedmont, along the Florida coasts, and in the mountains of North Carolina, from a leader in traditional architecture.

Esteemed Atlanta architect Norman Davenport Askins made his name with his mastery of historical precedent. His gracious and livable designs recall such diverse sources as Italian Renaissance country villas, hillside castles in the Dordogne, and the very strong presence of the Colonial Revival and Federal houses in Atlanta and the greater South.

Inspired by Tradition presents a portrait of Southern elegance through Askins’s trademark infusion of traditional design with understated innovation and style. New color photographs of interiors and landscape, commissioned specially for the book, complement traditional hand-drawn plans and elevations.

In a special section dedicated to “Elements of Tradition,” Askins identifies the key components of traditional design and the parameters for using them successfully. Ultimately he believes in approaching tradition with innovation and individuality—adding touches of glamour, humor, and romance that bring his houses to life.

Praise for Inspired by Tradition

"Visually beautiful. . . . Through portraits of 15 homes, Norman Askins shares a variety of designs that exemplify traditional architecture, for which he is known. Architects such as Philip Shutze, Neel Reid, and James Means influenced Askins’ style as did his knowledge of French, English and Italian architecture."
—The Marietta Daily Journal

"Having lived in the South all of his life, Norman Askins is steeped in the history of old houses and traditional architecture. While it's the exterior photos of each house that lull me into daydreams, it is the interior shots that make me sit up and take notice."
—Peak of Chic