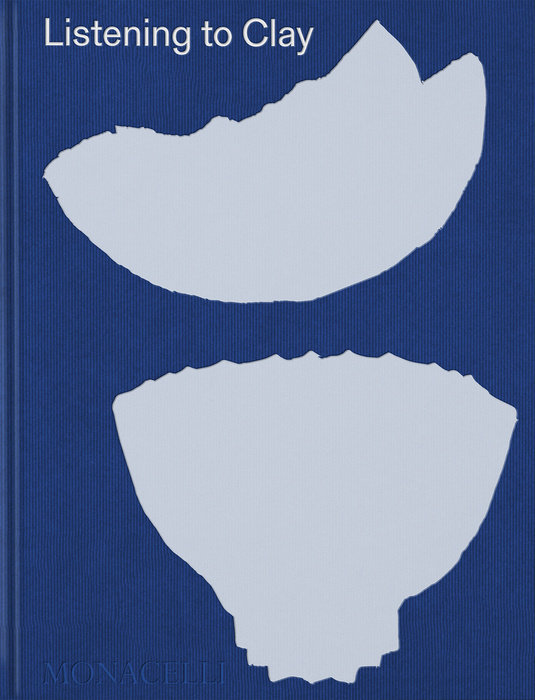 Alice and Halsey North are pioneering collectors and advocates of contemporary Japanese ceramics. They produced and organized ceramic tours of Japan for the New York Japan Society. Their collection was featured in the exhibition Contemporary Clay: Japanese Ceramics for the New Century, held at the Museum of Fine Arts, Boston, in 2005-6 and New York’s Japan Society 2006-7. A primary focus of their collecting and advocacy has been to introduce new audiences to this art form. They have donated the major portion of their collection to American museums, notably The Metropolitan Museum of Art, New York; the Museum of Fine Arts, Boston; and the National Museum of Asian Art, Smithsonian Institution, Washington, DC. The Met also houses the database, archives, and library for their collection.

Louise Allison Cort is Curator Emerita of Ceramics, National Museum of Asian Art, Smithsonian Institution. Her research interests are historical and contemporary ceramics in Japan, Southeast Asia, and South Asia. Her publications include Shigaraki, Potters’ Valley (1979, reprinted in 2000), Isamu Noguchi and Modern Japanese Ceramics: A Close Embrace of the Earth (with Bert Winther-Tamaki, 2003), and Chigusa and the Art of Tea (with Andrew Watsky, 2014). In 2012, she received the Secretary’s Distinguished Scholar Award, Smithsonian Institution, and the Koyama Fujio Memorial Prize for research on historical and contemporary Japanese ceramics.

The first book to tell the stories of some of the most revered living Japanese ceramists of the century, tracing the evolution of modern and contemporary craft and art in Japan, and the artists’ considerable influence, which far transcends national borders.

Listening to Clay: Conversations with Contemporary Japanese Ceramic Artists is the first book to present conversations with some of the most important living Japanese ceramic artists. Tracing the evolution of modern and contemporary craft and art in Japan, this groundbreaking volume highlights sixteen individuals whose unparalleled skill and creative brilliance have lent them an influence that far transcends national borders.

Despite forging illustrious careers and earning international recognition for their work, these sixteen artists have been little known in terms of their personal stories. Ranging in age from sixty-three to ninety-three, they embody the diverse experiences of several generations who have been active and successful from the late 1940s to the present day, a period of massive change. Now, sharing their stories for the first time in Listening to Clay, they not only describe their distinctive processes, inspirations, and relationships with clay, but together trace a seismic cultural shift through a field in which centuries-old but exclusionary potting traditions opened to new practitioners and kinds of practices.

Listening to Clay includes conversations with artists born into pottery-making families, as well as with some of the first women admitted to the ceramics department of Tokyo University of the Arts, telling a larger story about ingenuity and trailblazing that has shaped contemporary art in Japan and around the world. Each artist is represented by an entry including a brief introduction, a portrait, selected examples of their work, and an intimate interview conducted by the authors over several in-person visits from 2004 to 2019. At the core of each story is the artist’s personal relationship to clay, often described as a collaboration with the material rather than an imposing of intention.

The oldest artist interviewed, Hayashi Yasuo, enlisted in the army during WWII at age fifteen and trained as a kamikaze pilot. He was born into a family that had fired ceramics in cooperative kilns for generations, but he rejected traditional modes and went on to be the first artist in Japan to make truly abstract ceramic sculpture. In the late 1960s, another artist, Mishima Kimiyo, developed a technique of silkscreening on clay and began making ceramic newspapers to comment on the proliferation of the media. She became fascinated with trash, recreating it out of clay, and worked in relative obscurity for decades until she had a major exhibition in Tokyo in 2015.

Featuring a preface by curator, writer, and historian Glenn Adamson, and a foreword by Monika Bincsik, the Associate Curator for Japanese Decorative Arts at The Metropolitan Museum of Art, Listening to Clay has been a project more than fifteen years in the making for authors Alice and Halsey North, respected and knowledgeable collectors and patrons of contemporary Japanese ceramics, and Louise Allison Cort, Curator Emerita of Ceramics, National Museum of Asian Art, Smithsonian Institution. The book also includes conversations with five important dealers of contemporary Japanese ceramics who have played and are playing a critical role in introducing the work of these artists to the world, several detailed appendices, and a glossary of terms, relevant people, and relationships.

Listening to Clay is a long-overdue and insightful book that, for the first time, spotlights some of Japan’s most celebrated contemporary ceramic artists through personal, idiosyncratic accounts of their day-to-day lives, giving special access to their creative process and artistic development.

Praise for Listening to Clay

“This lovingly assembled book is a unique document, archiving an extraordinarily generative period in one of the world’s great artistic traditions.”
—Glenn Adamson

“Listening to Clay will appeal to readers with an interest in understanding contemporary Japanese ceramics.”
—The Brooklyn Rail

“Listening to Clay provides a window into Japanese ceramics; the personal accounts of overcoming adversity and achieving success are inspirational.”
—Studio Potter