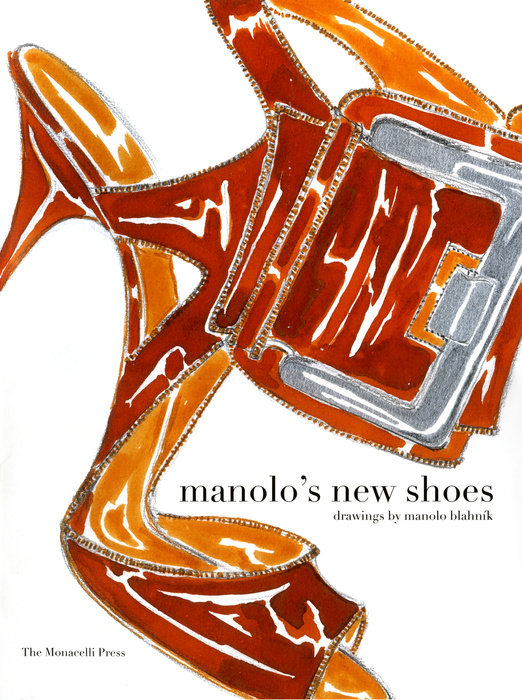 Manolo Blahník has been designing shoes since 1971 and has received many prestigious awards, including three from the Council of Fashion Designers of America and two from the British Fashion Council, naming him Accessory Designer of the Year. In 2003, the Design Museum, London, honored his work with an exhibit including his drawings, collections, and memorabilia.

Suzy Menkes is the head fashion reporter and editor for the International Herald Tribune.

Milena Canonero is a costume designer who won her third Oscar for Sofia Coppola’s Marie Antoinette in 2006.

Amy Fine Collins is a special correspondent to Vanity Fair.

Manolo Blahník’s name is synonymous with beautifully crafted shoes that radiate originality, style, and exuberance. For four decades his unique vision has held the fashion world spellbound, and his creations have become perpetual objects of desire. His design process always begins with colorful sketches as finely executed as the shoes themselves, and which have become equally sought-after by his fans.

Here, more than 130 of Blahník’s witty, seductive drawings are collected into one inspiring volume. Manolo’s New Shoes is organized thematically to express his current inspirations and passions—Africa, architecture, botany, Russia, and urban life. An introduction by Manolo Blahník himself is accompanied by contributions from some of the most prominent names in fashion: Suzy Menkes, head fashion reporter and editor for the International Herald Tribune; Grace Coddington, creative director at Vogue; three-time Oscar-award winning costume designer Milena Canonero; Amy Fine Collins, a special correspondent to Vanity Fair; and Carlos García Calvo, who writes for El Mundo.

A book for everyone who has admired Blahník’s work, whether from afar through a store’s plate-glass window or up-close in her own closet, Manolo’s New Shoes provides a fascinating glimpse into the creative mind of today’s best-known shoe designer. As André Leon Talley, the editor-at-large at Vogue, has said about the designer, “He captures the most powerful of emotions: desire.”