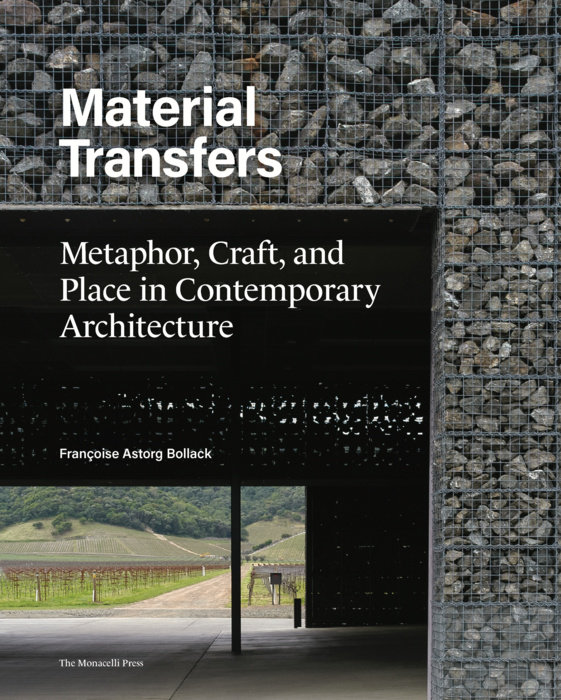 Françoise Astorg Bollack is the principal of Françoise Bollack Architects, a firm that specializes in preservation and reinvention of historic structures, and an associate professor of historic preservation at the Columbia University School of Architecture, Planning, and Preservation where she teaches a seminar on contemporary design and old buildings. Author of the award-winning Old Buildings New Forms (The Monacelli Press, 2013), she has lectured widely to architectural and preservation groups including the New York and Boston chapters of the AIA, the Historic Districts Council and Village Preservation in New York, and the architecture and preservation programs at the University of Pennsylvania, Mary Washington University, and Tulane University.

A provocative examination of the connections between contemporary expression in architecture and traditional materials and forms.

Bollack rejects the modernist taboo against imitation and precedent, tracing the history of adaptive and imitative design from the Renaissance to the Greek and Gothic revivals and to the nineteenth-century modular cast-iron facades that Philip Johnson considered “the basis for modern design.”

The book examines projects in the US, Europe, and Japan, encompassing a broad range of building types: residential, hospitality, commercial and retail, and cultural spaces. All share an intriguing, even radical, approach to reinterpreting traditional forms and materials. Humble thatch moves beyond the farmhouse roof to clad the walls of a Danish environmental center; a photographic image of a Parisian facade becomes a scrim on the facade of a new building; the ghost of an ancient Italian basilica is outlined in wire mesh.

Among the featured architects are Kengo Kuma, architect of the Tokyo 2021 Olympic stadium; MVRDV, a highly regarded Dutch firm; Lacaton & Vassal and Chartier/Corbasson in France; Skene Catling de la Peña in the UK; Morris Adjmi in the USA; Max Dudler in Germany; Dortre Mandrup in Denmark; and Herzog & de Meuron in Switzerland.

“It’s a stunner that makes the case for reworking old forms in the modern vernacular. . . . Their buildings are beautiful – and they illustrate her thinking lucidly.”
—Architects + Artisans

“The French-trained Bollack has done considerable restoration work, but Material Transfers: Metaphor, Craft, and Place in Contemporary is an attempt to redefine the meaning of contextual design. Rather than engaging in a century-old battle between modern and traditional – the angst of replica versus invention, Bollack suggests we discard an ‘outdated moral opprobrium.’”
—New England Diary