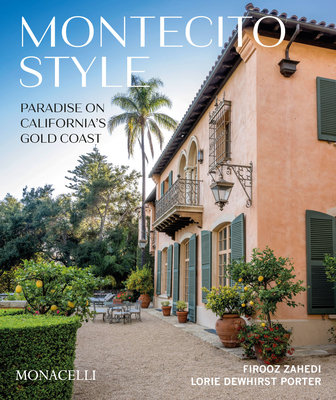 Firooz Zahedi was born in Tehran in 1949. He grew up in England and, in 1969, he went to the United States to attend the School of Foreign Service at Georgetown University in Washington, D.C. After a brief career as a diplomat he enrolled at the Corcoran School of Art and graduated in 1976 earning a degree in Visual Communication. While still at art school he began working as a photographer for Andy Warhol's Interview. He secured a contract with Vanity Fair in 1990, and his photographs have appeared on the covers of the British GQ, French Vogue, Tatler, Time, Glamour, Town & Country, InStyle, and many other publications.

Ranging from the iconic poster for the movie Pulp Fiction to album covers for Barbara Streisand and Diana Ross, Zahedi has produced prominent advertising and publicity campaigns for film, television, and music companies. He has exhibited his celebrity portraits as well as his fine art photography at galleries in Los Angeles, New York, London, Dubai, and Basel. His photographs are in the permanent collection of the Los Angeles County Museum of Art as well as the Norton Museum in West Palm Beach, Florida. My Elizabeth, a pictorial book of his 35 years of friendship with Elizabeth Taylor, was published by d in 2016. City of Angels, a book on a select group of architectural homes in Los Angeles was published by Vendome Press in 2018. His recently published book of celebrity photographs, Look at Me, was published by Pointed Leaf Press.

Lorie Dewhirst Porter is a writer specializing in architecture, interiors, and culture. After studying for a year at the Sorbonne in Paris, she attended UCLA, graduating with a degree in World Literature and attended law school at USC, practicing law for a decade before entering the publishing world as a legal editor.

For the past fifteen years he has written for a variety of lifestyle publications, including as a regular contributor to Santa Barbara Magazine for more than a decade. She lives in Santa Barbara in a house designed by her husband, Michael Patrick Porter.

Marc Appleton is the founding Principal of Appleton Partners LLP–Architects with offices in Santa Monica and Santa Barbara, California. He is a graduate of Harvard College (1968) and has a Masters of Architecture degree from the Yale School of Architecture (1972). His design work has received many awards and been widely published in Architectural Digest, Town and Country, and other periodicals. He is the author and coauthor of numerous books, including George Washington Smith: An Architect’s Scrapbook (2001), California Mediterranean (2007), Ranches: Home on the Range in California (2016), and Lotusland (2022).

A privileged peek at the homes and gardens of Montecito, the increasingly popular Southern California getaway for celebrities, designers, and creatives.

Montecito is a seaside community often overshadowed by its neighbor Santa Barbara—which is generally how its residents like it. Though home and refuge to numerous celebrities such as Steve Martin, Drew Barrymore, and Prince Harry and Meghan Markle, the intentional cultivation of a low-key profile has allowed for a unique enclave to emerge, and with it, a multifaceted interior and garden design culture.

From earliest twentieth-century standards in the Spanish Colonial Revival style by George Washington Smith to the style-setting projects by John Saladino to more recent work by prominent interior and landscape designers Pamela Shamshiri, Michael S. Smith, and Lee Kirch, the homes and gardens of Montecito demonstrates a wide range of design styles and eras. Firooz Zahedi and L.D. Porter, both long-time residents of the area, explore this design haven in all of its coastal glory.