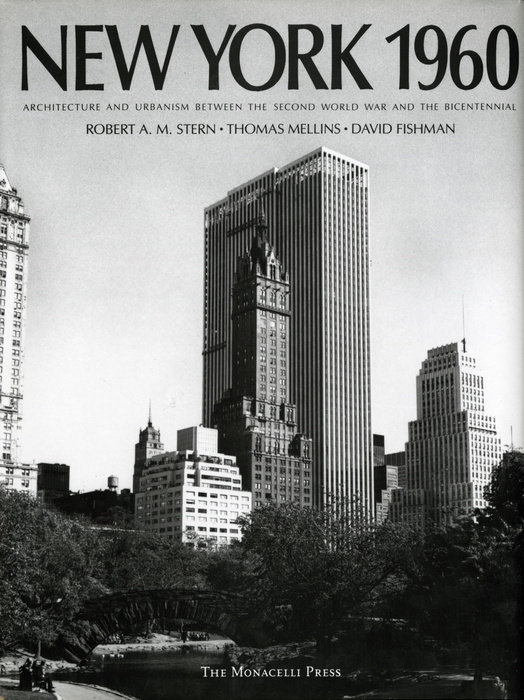 Thomas Mellins is an architectural historian and writer educated at Columbia University and the City University of New York. He is a coauthor of New York 1880, New York 1930, and a script collaborator on Pride of Place, the PBS documentary series on American architecture hosted by Stern.

Architecture and Urbanism Between the Second World War and the Bicentennial

This is the third volume (and the fourth chronologically) in architect and historian Robert A. M. Stern’s monumental series of documentary studies of New York City architecture and urbanism. New York 1880, New York 1900, and New York 1930 have comprehensively covered the architects and urban planners who defined New York from the end of the nineteenth century to the middle of the twentieth century.

The post-World War II era witnessed New York’s reign as the unofficial but undisputed economic and artistic capital of the world. By the mid-1970s, the city had experienced a profound reversal, and both its economy and its reputation were at a historic nadir. The architectural history of the period offered an exceptionally abundant and varied mix of building styles and types, from the faltering traditionalism of the 1940s through the heyday of International Style modernism in the 1950s and 1960s to the incipient postmodernism of the 1970s.

Organized geographically, New York 1960 provides an encyclopedic survey of the city’s postwar architecture as well as relating a coherent story about each of its diverse neighborhoods. Primary sources are emphasized, including the commentaries of the preeminent architecture critics of the day; the text is illustrated exclusively with a rich collection of period photographs.