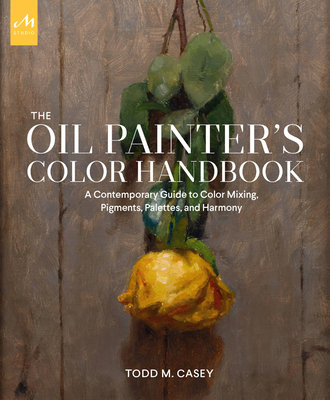 Todd M. Casey was born and raised in Lowell, Massachusetts. His artistic education includes a BFA in Communication Design from Massachusetts College of Art in Boston. After receiving his degree in 2001, he moved to New York City, where he worked as a graphic designer. He then moved to San Francisco to pursue a Master's in Animation at the Academy of Art. While taking the foundation classes for his MFA, he found a true passion in painting, and returned to New York City to the studio of Jacob Collins at the Water Street Atelier and began his classical painting training in 2007. In 2010, he finished his studies and began teaching at the Guild Atelier in Brooklyn, New York.
Casey's work touches on more than simplistic, rigid realism. There is a haunting, nearly literary quality to each frame. A feeling that subjects are viewed from behind rain-kissed, mottled glass, burnished by enigmatic candlelight, or brushed by the soft, hazy edges of a half-remembered dream. His works are classically styled, but progressive in approach--fine, somber details, rendered with a clear, meticulous eye, and yet, subdued with a gentle, melancholic focus. Casey is the author of The Art of Still Life and the recipient of several awards. Most recently, he won first place two years in a row in the Portrait Society of America Members Only Competition, and first place in oil painting from the Allied Artists of America, in 2015. His work can be found in collections throughout the United States, and exclusively on the East Coast at Rehs Contemporary Gallery, in Midtown New York City. Casey lives in New York with his wife, Gina, and baby daughter, Scarlett.

A Contemporary Guide to Color Mixing, Pigments, Palettes, and Harmony

A master class in a book, this volume offers a comprehensive, contemporary, and accessible foundation of color theory and advanced techniques every oil painter at every skill level needs in their toolbox.

Written by well-known artist, expert teacher, and successful art-instruction author Todd M. Casey, The Oil Painter’s Color Handbook provides everything the oil painter needs to understand all aspects of color. Beginning with an in-depth look at the use of color throughout art history, Casey then breaks down the process of understanding color into easily digestible lessons–each clearly explained and richly illustrated with both historic and contemporary paintings–so that the reader can learn progressively and layer more complex ideas as each skill is mastered. Through clear instruction, step-by-step demonstrations, and challenging exercises, the readers will learn to apply these techniques and concepts to their own painting.