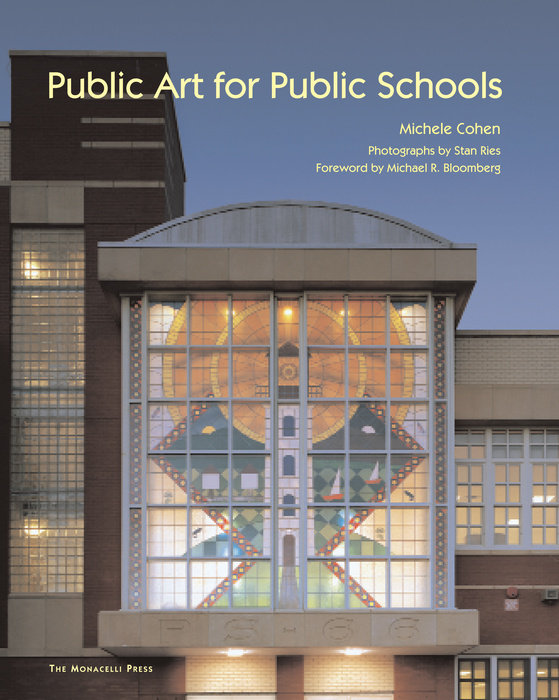 Michele Cohen is director for the Public Art for Public Schools program of the New York City School Construction Authority. She holds a Ph.D. in art history from the Graduate Center, City University of New York, and is the co-author with Margot Gayle of The Art Commission and the Municipal Art Society Guide to Manhattan's Outdoor Sculpture.

Stan Ries is an architectural photographer based in New York.

Michael R. Bloomberg is mayor of the City of New York.

What makes a good schoolhouse? Beyond the basics of classrooms and library, a good school inspires students and teachers and enhances the learning environment through its architecture and its art. Nowhere is this principle better demonstrated than in the New York City school system, the largest in the United States, where a collection of more than 1,500 artworks has been assembled over nearly 150 years. This extraordinarily diverse group ranges from stained glass by Tiffany Studios to vast mural cycles commissioned by the WPA to modern and contemporary works by Hans Hofmann, Ben Shahn, Romare Bearden, Faith Ringgold, and Vito Acconci.

Education has been a priority for Mayor Michael R. Bloomberg, and school construction and public art have expanded dramatically under his leadership. New school buildings have been commissioned from noted architects including Polshek Partnership, Pei Cobb Freed, and Arquitectonica, with installations by Tony Oursler, Sarah Morris, and James Casebere.

Public Art for Public Schools provides a comprehensive and insightful account of the history and future of this program, lavishly illustrated with archival images from the Department of Education and handsome new photographs by the noted architectural photographer Stan Ries, which were specially commissioned for this publication.

"There is an extraordinary treasury of artwork, more than a century’s worth, within the walls of city schools. But because it is scattered through all boroughs, in buildings not typically open to the public, there has been no way until now to appreciate the breadth of the collection or the depth of it."
—The New York Times

"In this book Michele Cohen takes a thoughtful and critical look at the exceptional history of public art in the city’s public schools and reminds us how art shapes the minds and values of our children every day."
—Michael R. Bloomberg