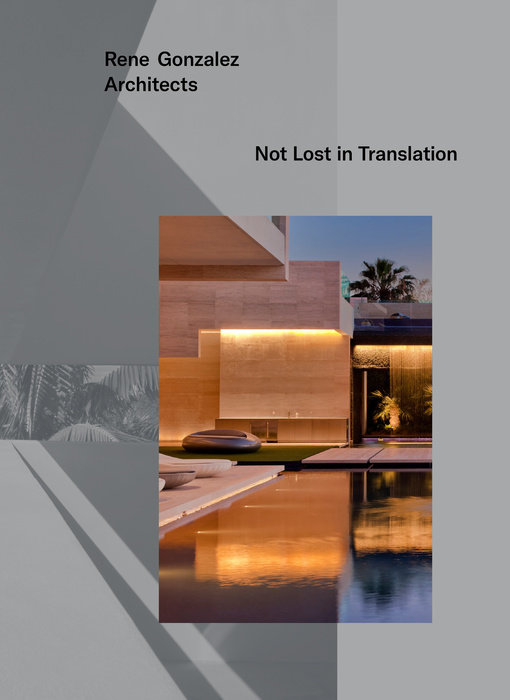 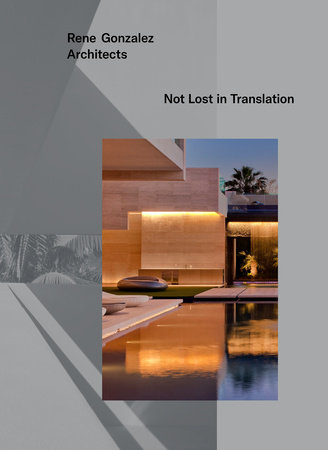 Rene Gonzalez is principal of Rene Gonzalez Architects. He is the recipient of AIA Miami's 2012 H. Samuel Kruse Silver Medal for Design and in 2011, RGA received AIA Miami's Firm of the Year award. His work has been published in over 200 industry and consumer publications, including The New York Times, Wall Street Journal, The Robb Report, Architectural Digest, Wallpaper*, Metropolis, Elle Décor, Interior Design, Dwell, Ocean Drive, and The Miami Herald.

Beth Dunlop is the editor of Modern Magazine and the longtime architectural critic for the Miami Herald. She is the author of numerous books on Florida's architecture and design. She lives in Miami Beach.

Tod Williams and Billie Tsien are the founding principals of Tod Williams Billie Tsien Architects | Partners (TWBTA). They have been selected to design the Obama Presidential Center in Chicago, and built works include the recently relocated Barnes Foundation in Philadelphia.

Not Lost in Translation

As one of Miami’s most influential architects, Rene Gonzalez revolutionizes the way luxury buildings are equipped for climate change. Tactile, experiential, and holistic, the work of his namesake office demonstrates a belief in the inseparable connection between nature and architecture, creating spaces that are memorable and timeless. Surveying fourteen residential, commercial, and cultural projects in Florida, marking the first phase of his career, Rene Gonzalez Architects: Not Lost in Translation illustrates Gonzalez’s ability to distill the essence of place, distinguishing his work both in his home state of Florida and in the global landscape of contemporary architecture. Projects featured in the book include three Alchemist boutiques, the first of which won the 2011 National AIA Institute Honor Award; the Cisneros Fontanals Art Foundation, whose one million glass mosaic tiles create the illusion of a jungle oasis on the exterior; the eighteen-story GLASS Residential Tower in Miami Beach; the “pocket sanctuary” that is vegan restaurant Plant Food + Wine; and the North Beach Oceanfront Center, which serves as an inviting gathering ground to the North Miami Beach community.

Gonzalez is especially attuned to environmental issues that are affecting the world, and which will drastically alter design practice in the coming years. RGA is receiving widespread attention for its efforts to respond to these emerging conditions, and these projects reveal Gonzalez’s commitment to embrace and celebrate the environment, seizing the opportunity to enhance our future.

Rene Gonzalez Architects: Not Lost in Translation is a deeply personal book that illustrates Gonzalez’s fascination with the world that surrounds him. Featuring a conversation with Gonzalez’s colleagues Tod Williams and Billie Tsien, essays by journalists Caroline Roux and Beth Dunlop, as well as his own photographs of Miami’s vernacular architecture, this book documents Gonzalez’s progressive and responsive architecture that is of its place yet universally resonant.

“Rene Gonzalez is an architect whose work is continually inspired by nature, an approach that has earned him a variety of accolades. Not Lost in Translation surveys 14 of the projects that mark the first phase of what’s bound to be a long career…. Thanks to Gonzalez’s tactile subtlety, those who have never visited these properties will inevitably be drawn to them, while those who have are bound to see them in a new light.”
—Miami magazine


"A welcome survey of 14 examples of his finest work.... Most of the projects are in Miami, and all of them are informed by Gonzalez's love of the area's subtropical vegetation, brilliant light, and proximity to the sea."


"The soft-spoken architect chooses his words deliberately and without embellishment. His new book, Rene Gonzalez Architects: Not Lost In Translation, is a quiet reflection on a body of work that does its best to meld and mesh with the surrounding city in ways that show a cohesion and sense of place all too often lacking in South Florida real estate."
—PIN-UP magazine