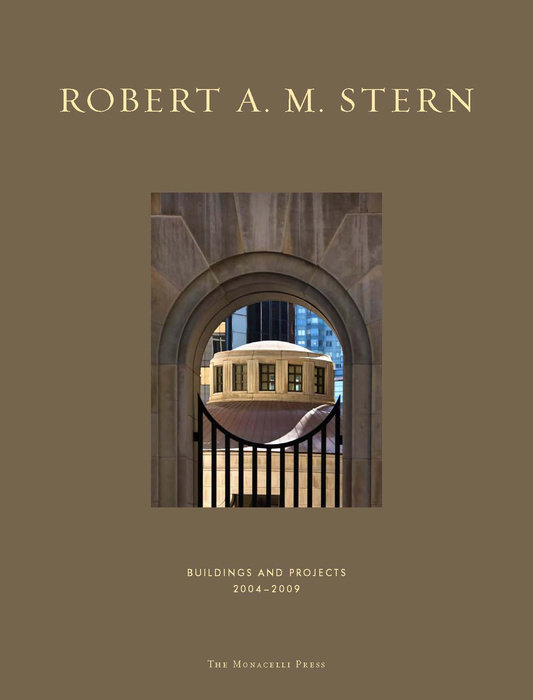 Robert A. M. Stern, the principal partner of the architectural practice he founded in 1969, is also dean of the Yale School of Architecture. In addition to monographs on the firm's work, Stern has written a series of books on New York's architecture and urbanism, including New York 1880, New York 1900, New York 1930, and New York 1960.

I think that all architecture comes from what went before. And how carefully one hews to precedent or how many liberties one takes, in my view, is part of a larger set of judgments as to what is, or could be called, “appropriate.” Appropriate from every point of view, especially from the site, the cultural expectations of a community and of the specific client.
—Robert A. M. Stern

Central to the work of Robert A. M. Stern is a commitment to an architecture that reinterprets the past to serve contemporary life. This monograph, the fifth volume since Stern opened his practice in 1969, explores the application of this principle to a wide range of building types, including libraries, university buildings, cultural centers, offices, towers, and private residences.

Focused on the years 2004 through 2009, an exceptionally productive period for Stern’s firm, this volume includes designs for the Miami Beach, Jacksonville, and Clearwater Public Libraries in Florida, the vast Zubiarte retail complex in Bilbao, Spain, two new residential colleges at Yale University, the widely acclaimed 15 Central Park West condominium in New York, Comcast, a crystalline addition to the Philadelphia skyline, and the George W. Bush Presidential Center in Dallas, Texas.

In a conversation with renowned architecture critic Paul Goldberger, Stern discusses the principles that have guided the firm since its inception, focusing on the collaborative nature of the work and the importance of precedent and context. He also describes his own role as an educator, as dean of the architecture school at Yale University, and his deep interest in the history of architecture, first awakened during his student days at Yale.