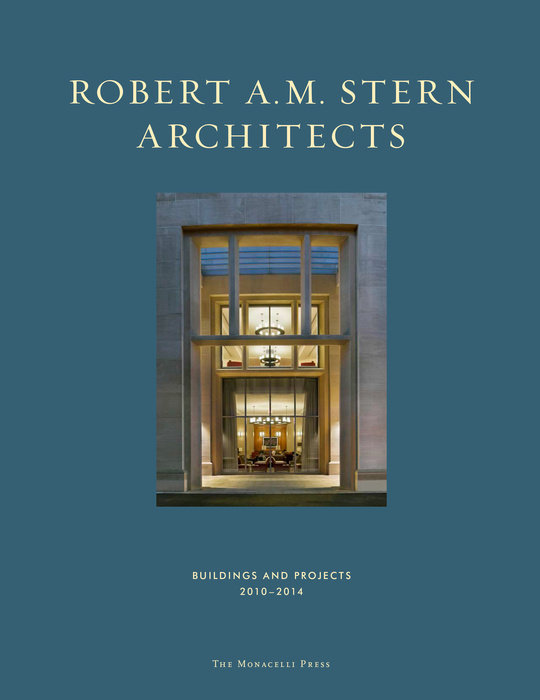 History is the lens through which Robert A.M. Stern and his fifteen design partners envision an architecture for today. Robert A.M. Stern Architects: Buildings and Projects 2010–2014 is the seventh volume in a series that encompasses the breadth of the firm’s work since Stern’s earliest projects in the mid-1960s.

Emphasizing the output of the office over the past five years, this volume covers the most globalized period of practice so far. Featuring profiles of well over 100 designs built domestically and abroad, Robert A.M. Stern Architects: Buildings and Projects 2010–2014 includes significant projects in Asia, from China to India. In the United States the firm’s educational, cultural, commercial, religious, and residential work continues to broaden its exploration of traditional and contemporary architectural expression.

This volume presents the firm’s continued influence on campuses across the United States, reflecting the position that education holds in its ethic, with new additions to Drexel University in Philadelphia, Wake Forest University in Winston-Salem, North Carolina, and University of Colorado Boulder. The office also remains key to the ongoing development of its home in New York City, with new residential towers on the High Line and in Greenwich Village.