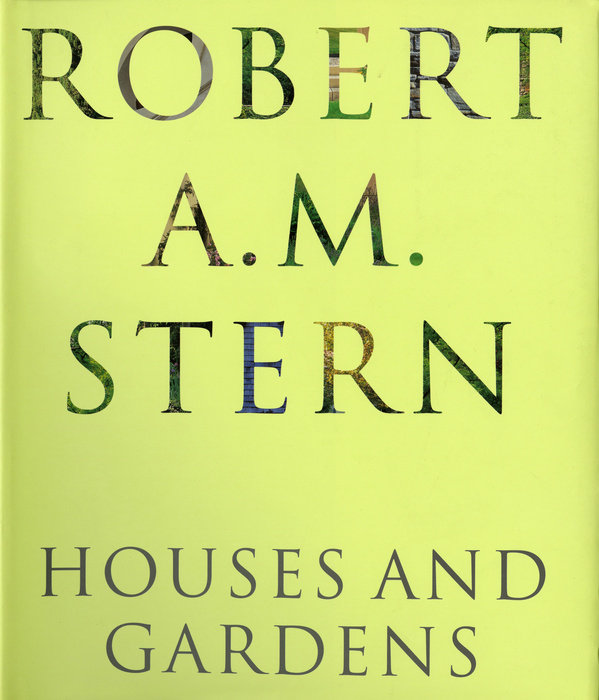 Robert A. M. Stern, the principal partner of the architectural practice he founded in 1969, is also dean of the Yale School of Architecture. In addition to monographs on the firm's work, Stern has written a series of books on New York's architecture and urbanism, including New York 1880, New York 1900, New York 1930, and New York 1960.

Robert A. M. Stern is dedicated to the synthesis of tradition and innovation. In more than thirty-five years of practice, he has produced a wide range of building types with a variety of stylistic influences, all inspired by the great legacy of American architecture. His firm, Robert A. M. Stern Architects, was first recognized for its distinguished houses, and residential design remains the cornerstone of the practice. This beautifully illustrated monograph—a companion to the best-selling Robert A. M. Stern: Houses—presents twenty-six of the firm’s most memorable houses. Located in diverse settings across North America—from a valley in Colorado with sweeping views of the Aspen mountains to a bluff overlooking Long Island Sound to an island off the coast of British Columbia—these remarkable houses reveal the architect’s emphasis on the importance of context and his dedication to exploring the nature of space. Each house invokes the vernacular architectural heritage particular to its region while gracefully reflecting its unique natural surroundings. Whether they are Shingle Style "cottages" by the sea, colonial Georgian country estates, or elegant Regency designs, Stern’s houses are unique both for their timelessness and their ability to evoke a conversation with the past—a dialogue he believes lies at the heart of architecture. Pilar Viladas is the design editor of the New York Times Magazine.