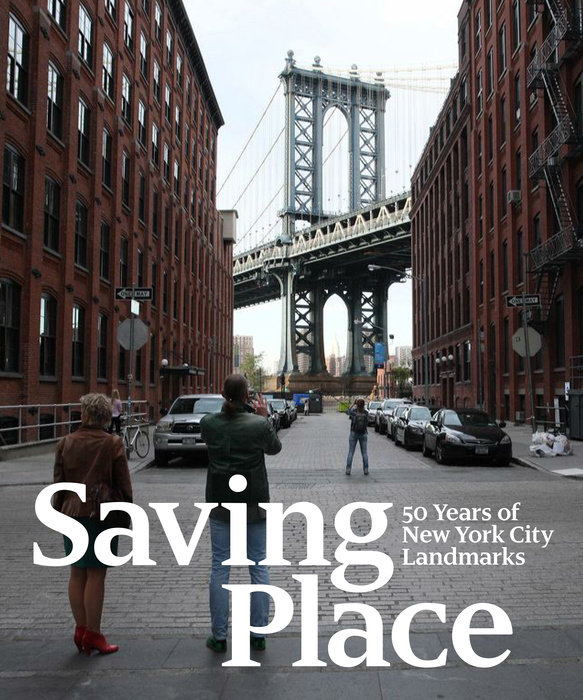 Andrew S. Dolkart is director of the Historic Preservation Program at the Graduate School of Architecture, Planning, and Preservation at Columbia University. He is the author of Morningside Heights: A History of Its Architecture and Development and The Row House Reborn: Architecture and Neighborhoods in New York City 1908–1929. A former staff member of the Landmarks Preservation Commission, Dolkart serves on the boards of several New York preservation groups and is well known for his energetic and informative architectural walking tours of the city.

Donald Albrecht is curator of architecture and design at the Museum of the City of New York, where he has organized such major exhibitions as Making Room: New Models for Housing New Yorkers; Paris/New York: Design, Fashion, Culture 1925–40; and Cecil Beaton: The New York Years. In addition he has curated important travelling exhibitions on major twentieth-century designers including Eero Saarinen, Norman Bel Geddes, and Charles and Ray Eames.

Born out of the destruction of McKim, Mead & White’s monumental Pennsylvania Station, the Landmarks Law established the parameters for protecting the places that represent New York City’s rich cultural, social, political, and architectural history. Today there are more than 31,000 landmark properties woven into daily life, many located in 111 historic districts in Manhattan, the Bronx, Staten Island, Brooklyn, and Queens—including 1,347 individual buildings, 117 interior landmarks, and 10 scenic landmarks.

Published in celebration of the 50th anniversary of the passage of the Landmarks Law, and a major exhibition at the Museum of the City of New York, Saving Place tells its story in essays by notable New Yorkers and preservationists Robert A.M. Stern, Adele Chatfield-Taylor, Andrew S. Dolkart, Françoise Bollack, Anthony C. Wood, and Claudette Brady: its first successes (the Astor Library, now home to The Public Theater), its failures (the Metropolitan Opera House), and its most dramatic turning points, including the Grand Central Terminal case decided in the U.S. Supreme Court in 1978. It evaluates contemporary additions to landmarks (the Hearst Tower, the Jewish Museum), and new buildings in historic districts including Greenwich Village and South Street Seaport.

The book includes specially commissioned portfolios of views of historic districts and landmark buildings by the distinguished Dutch architectural photographer Iwan Baan. Encompassing all five boroughs, from Bedford-Stuyvesant to Jackson Heights, these images capture the landmarks at work, historic markers that play a vital role in the fabric of their neighborhoods today. What is built, what is demolished, what is preserved—all determine the character and future of the city. A veritable roll call of the places that we could not imagine life without, and an incredible invocation of the many that are gone already, Saving Place will appeal to anyone inspired by New York City.

"Filled with Iwan Baan's people-centric photographs of New York City's five boroughs and his famous helicopter aerials, Saving Place, celebrates the 50th anniversary of the New York City Landmarks Law. With archival photographs, too, the book narrates the preservation movement, from its origins to its later successes and failures. A case study dives into the historic-district designature of Bedford-Stuyvesant, a mostly African-American neighborhood in Brooklyn. But given the impact that the law has had on other cities across the country, the entire book serves as a case study. As director of the preservation program at Columbia, Andrew S. Dolkart, and his coeditor Donald Albrecht, a respected design curator, are the ideal team for this project."
—Architectural Record

"Despite being in a seemingly constant state of construction, New York City has managed to keep a great deal of its architectural history intact. A quick look at the city’s SoHo area or the centuries-old brownstones that line the streets of quiet Brooklyn neighborhoods reveals there’s much more to the Big Apple than towering skyscrapers and new buildings. This is in large part due to the New York City Landmarks Law put in place on April 19, 1965, after the destruction of one of Manhattan’s most architecturally significant structures—Pennsylvania Station. As local outrage spread over the building’s demise, design lovers and city officials came together to support the law, which would go on to save other gems across the five boroughs. In honor of the anniversary of the legislation, the Museum of the City of New York is celebrating with an exhibition and accompanying book, SAVING PLACE: 50 Years of New York City Landmarks. With essays from prominent New York figures, preservationists, and architects, and imagery by noted architectural photographer Iwan Baan, the book and the exhibition are a testament to the importance of history and the role individuals can play in protecting it."
—Architectural Digest