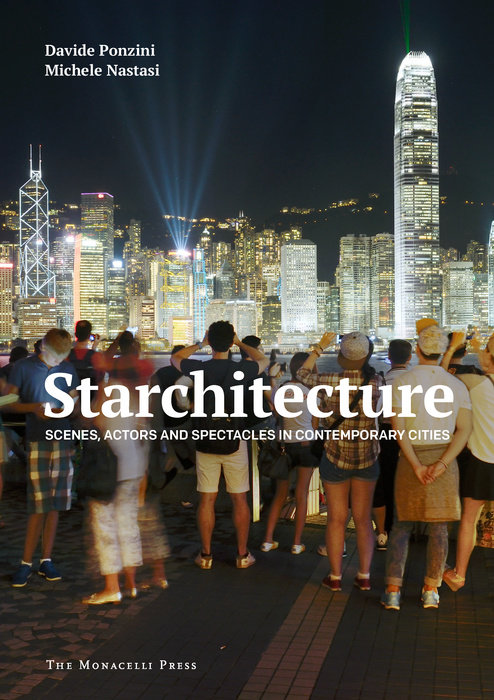 Davide Ponzini is Associate Professor of Urban Planning at the Politecnico di Milano. He has been a visiting scholar at Yale University, Johns Hopkins University, Columbia University, and Sciences Po Paris. He is author and coauthor of several books, and his research has been published in numerous urban planning and architectural journals and presented at academic conferences internationally.

Michele Nastasi is a photographer of architecture and cities, and editor of the journal Lotus international. His photographs have been published widely in journals and books, and exhibited at the Venice Biennial and in other solo and group exhibitions in Italy and the United States. He has taught architectural photography at the Politecnico di Milano.

How and why do spectacular buildings get commissioned and procured? What are their visible urban effects? What can urban planners, architects, and policymakers learn in order to engage in more successful citymaking?

In recent years, media and critical attention has been lavished on famous architects, and the contributions of their designs to the branding of cities. The post-“Bilbao effect” global landscape is one where cities compete for the highest-profile skyscrapers, cultural projects, and high-profile developments designed by star architects whom even casual readers know by first name: Frank Gehry, Bjarke Ingels, Jean Nouvel, Zaha Hadid, Norman Foster, Rem Koolhaas. Far less is known about the decision-making processes behind these projects and their subsequent urban effects.

A unique combination of urban studies and photography, Starchitecture investigates projects designed by star architects in cities including Paris, New York, Abu Dhabi, Bilbao, and the architectural microcosm of the Vitra campus in Weil am Rhein, Germany. Author Davide Ponzini and photographer Michele Nastasi seek to explain and critique a growing global condition by revealing how starchitecture has been and continues to be deployed in cities around the world. The arguments they raise are vital to understanding the urban landscapes of today, and tomorrow.

"Starchitecture is a rich and mature critique of the global trend toward high-profile iconic buildings by architects-cum-brands. While this sort of 'architectural spectacularization' is defended by neoliberal urban revivalists and just as impulsively derided by anti-globalization localists, author Ponzini and photographer Nastasi offer a more nuanced perspective."
—Metropolis

"Impressive book, both critical and even-handed. No one is better at placing architecture in its urban context."
—Robert Beauregard, Columbia University

"Starchitecture is a fascinating exploration of an aspect of globalization which is often noted but rarely analysed or illustrated in such depth."
—Paul Finch, Architectural Review

"An incisive survey of contemporary 'spectacular' architecture. The book offers A highly appealing, and all too rare, combination of insightful narrative and forensic image."
—Donald McNeill, Western Sydney University

"Nastasi’s photography is broadly urbanistic and humanistic. Here the city is a social organism, not a depopulated abstraction, where new architecture creates uplifting and meaningful environments. There is a sense of revelation in his vision of the global city as harmonious and profoundly humane."
—Gary Van Zante, MIT MUSEUM Curator