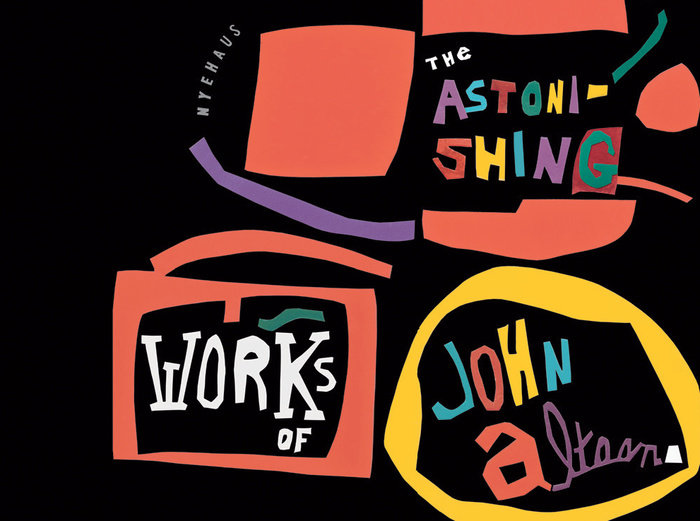 Tim Nye is director of Nyehaus, a New York gallery with a special focus on the Southern California Light and Space artists of the 1960s. Nye co-founded Nye + Brown in Los Angeles in 2011.

The Astonishing Works of John Altoon

A beautifully produced monograph devoted to the paintings and drawings of John Altoon, a central figure in the Los Angeles art scene of the 1950s and 1960s.

Haunting and erotic, Altoon’s colorful paintings and intimate drawings capture a magical moment in postwar California, between the Beat Generation and the sexual and psychedelic revolution of the late sixties. His larger-than-life personality and enthusiasm energized the circle of artists associated with the Ferus Gallery, a nexus of L.A. avant-gardism that included such still influential figures as Ed Keinholtz, Robert Irwin, Ed Moses, Larry Bell, and Ed Ruscha. A boisterous, hard-living man, in love with the ladies, Altoon was plagued by bouts of depression alternating with episodes of mania that sometimes turned destructive. He died young, at the age of 43, from a massive heart attack, and his funeral is said to have included the largest number of Los Angeles artists ever to gather in one spot.

This unique, oversized presentation includes reproduced sketchbooks; moving personal essays by major figures including poet Robert Creeley and pioneering West Coast curator Walter Hopps; photographs of Altoon in his Venice studio; a booklet of letters to Altoon; and over 50 works of art.

Praise for The Astonishing Works of John Altoon

"A handsome thing, with thick cardboard covers featuring the bold graphic lettering that Altoon used for the covers of jazz albums for Chet Baker and others. It features notebook scribbles and sketches culled from the Altoon files at the Archives of American Art, photographs of the artist in the studio, texts from poet Robert Creeley, the late curator Walter Hopps, the late therapist Milton Wexler and dealer/writer/curator Klaus Kertess. The book provides an intimate presentation of a much-loved artist along with some pretty and some smutty pictures."
—KCRW's Art Talk