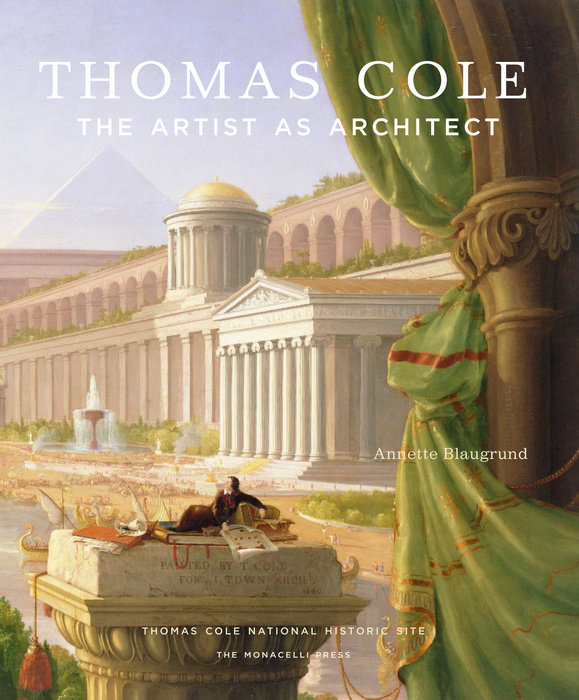 Annette Blaugrund, an independent scholar, curator, and museum consultant, is the former Director of the National Academy Museum. She is the author of Charting New Waters: Redefining Marine Painting (2013), Albert Bierstadt in New York and New England (2013), and The Tenth Street Studio Building: Artist Entrepreneurs from the Hudson River School to the American Impressionists (1997) as well as the biography Dispensing Beauty: The Triumphs and Tragedies of Harriet Hubbard Ayer (2011).

Franklin Kelly is Deputy Director and Chief Curator at the National Gallery of Art, Washington, D.C., and a Distinguished Affiliate in the Department of Art History and Archaeology at the University of Maryland, College Park. His publications include books on Frederic Edwin Church, Thomas Cole, and Winslow Homer and articles and essays on a wide range of American and British artists.

Barbara Novak, Helen Goodhart Altschul Professor of Art History Emerita at Barnard College and Columbia University, has for forty years inspired generations of students to pursue careers in academic and museum life. An artist, playwright, and novelist, she is well known for her groundbreaking books on American art.

The Artist as Architect

At the height of his career as the leader of the Hudson River School of American landscape painting, Thomas Cole listed himself in the New York City Directory as an architect. Why would this renowned painter, who had never before designed a building, advertise himself as such?

The importance of Cole’s paintings and the significance of his essays, poems, and philosophy are well established, yet an analysis of his architectural endeavors and their impact on his painting has not been undertaken—until now. In celebration of the recreation of the artist’s self-designed Italianate studio at Cedar Grove in Catskill, New York, now the Thomas Cole National Historic Site, this book focuses on Cole’s architectural interests through architectural elements found in his paintings and drawings as well as in his realized and visionary projects, expanding our understanding of the breadth of his talents and interests.

An essay by noted art historian Annette Blaugrund and a contribution by Franklin Kelly, illustrated with Cole’s famous works, sketches, and architectural renderings, reveal an unexplored, yet fascinating, aspect of the career of this beloved artist—and thus, a crucial moment in the development of the Hudson River School and American art.

Published to coincide with the exhibition “Thomas Cole: The Artist as Architect” at the Thomas Cole National Historic Site and travelling to the Columbus Art Museum, the book adds a new dimension to scholarship on the artist.

“Annette Blaugrund not only captured Cole's rise to prominence in the exhibition, which is on display through October—after which it travels to the Columbus Museum of Art—but also in a new book of the same name. 'No one ever wrote about his architecture before and put it together like this,' she says. 'It is absolutely unique.'”
—Architectural Digest

“The Thomas Cole National Historic Site’s inaugural art exhibition in its 'New Studio' building will be 'Thomas Cole: The Artist as Architect'—the first exhibition to focus on a little-known but highly significant aspect of Cole’s contribution to American art, his architectural achievements, including the design for a significant public building: the Ohio State Capitol. Accompanying the exhibition is a new hardcover book of the same title. The 120-page publication contains 63 full-color images; an essay by Dr. Blaugrund about Cole’s architectural endeavors as seen in his paintings, drawings and realized projects; and a contextual essay on the legacy of Thomas Cole by Franklin Kelly, deputy director and chief curator at the National Gallery of Art.”
—Antiques and the Arts Weekly

“Annette Blaugrund examines the often forgotten architectural pursuits of the Hudson River School painter Thomas Cole on the occasion of the reconstruction of his self-designed studio at his home in Catskill, New York. She charts the tendency in Cole's work for natural landscapes to fall away in favor of increasingly imaginative architecture in paintings, such as The Architect's Dream and the Course of Empire series; this makes it abundantly clear why actual building was not a remotely surprising undertaking.”
—Publishers Weekly