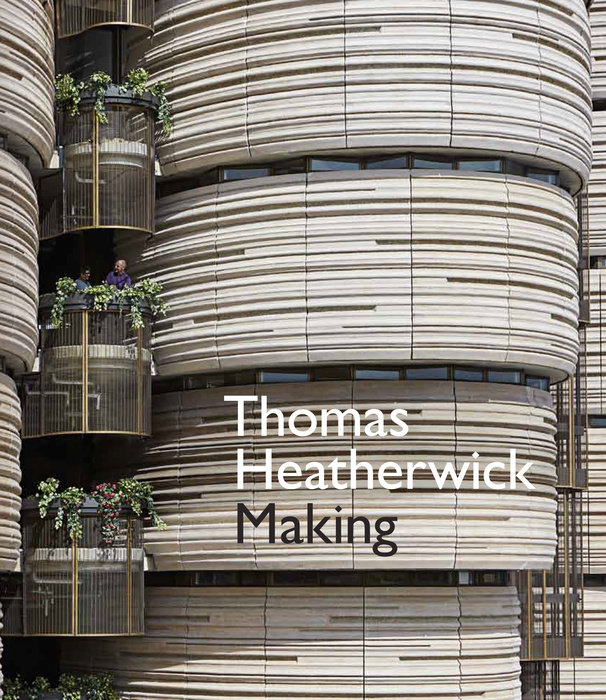 THOMAS HEATHERWICK holds a degree in three-dimensional design from the Royal College of Art, London, and established Heatherwick Studio in 1994. He is an honorary fellow of the Royal Institute of British Architects and the recipient of honorary doctorates from four British universities. He was awarded the Prince Philip Designers Prize and, in 2006, was the youngest practitioner to be appointed a Royal Designer for Industry.

How do you turn a paper mill into a gin distillery? Let every country in the Olympic Games take part in making and lighting the Olympic Cauldron? Design a building using an electron microscope? Produce a new bus for London that uses less fuel? Make someone eat your business card? Develop a new kind of mosque? Turn the back door of a hospital into its front door? Grow a meadow in the center of a city? Generate the form of a building in less than a minute? Use saliva as an ingredient of a Christmas card? Create a piece of architecture that represents a nation?

This is the definitive publication on one of the world’s most exceptional designers. More than 600 pages, 140 projects and hundreds of photographs, illustrations, and sketches, this revised and expanded monograph will excite, inspire, and serve as an invaluable resource for creative solutions and the joy of making for many years to come.

"Remarkable.... Heatherwick is surely as good an advert for the discipline as the nation could hope for.... With admirable clarity, the book lays out Heatherwick's inventive body of work so far – not just his 'greatest hits' but also some of the early works and lesser-seen experiments that led up to them." —The Guardian

"He may be the most original designer working today, and he is certainly the one who has done the most to erase the boundaries that divide—often unnecessarily—the realms of architecture, furniture, public space, and vehicle design." —Paul Goldberger, VanityFair.com

"Thomas Heatherwick doesn’t do ordinary. Commissioned to design a pedestrian bridge in his home city of London, he built a structure that rolls into a wheel to make way for passing boats. For a Longchamp boutique in New York, he fashioned a curvaceous 55-ton staircase with fabriclike glass balustrades. And amid the dizzying array of pavilions at Shanghai’s Expo 2010, his Seed Cathedral stole the show—its bristling 60,000 seed-tipped optical rods gently swaying in the wind. Already known as an innovator in the design world, the 42-year-old Royal College of Art graduate is due to reach even greater heights this spring. His studio’s work will be the subject of a Victoria and Albert Museum exhibition opening in late May (with an accompanying monograph from the Monacelli Press), just as his reimagined version of London’s double-decker bus starts to fill the city’s streets. And at the 2012 Olympics opening ceremony—an extravaganza directed by Danny Boyle—it will be a Heatherwick-designed cauldron holding the flame aloft." —Architectural Digest