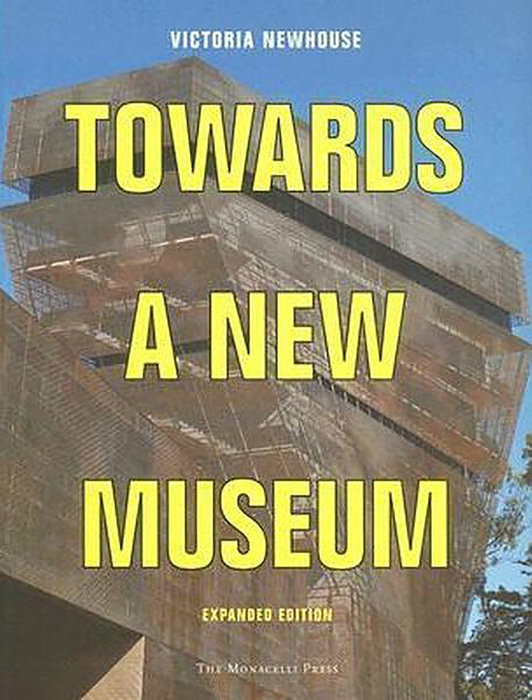 Victoria Newhouse is an architectural historian and the author of Art and the Power of Placement and Wallace K. Harrison, Architect. She lectures frequently on museums, and her articles on the subject have appeared in the New York Times, Architectural Record, Architectural Digest, and ArtNews. Newhouse also founded and directed the Architectural History Foundation, a nonprofit publisher of scholarly books.

Towards a New Museum

Since first publication in 1998, Towards a New Museum has achieved iconic status as a seminal exploration of the late-20th-century revolution in museum architecture: the transformation from museum as restrained container for art to museum as exuberant companion to art. Author Victoria Newhouse critiqued numerous institutions for the display of art opened in the 1970s, 1980s, and 1990s, culminating in Frank Gehry’s Guggenheim in Bilbao and Richard Meier’s Getty Center in Los Angeles. In this expanded edition, she continues her investigation of new museums, assessing the radical, 21st-century changes that have propelled Herzog & de Meuron’s De Young Museum in San Francisco and SANAA’s 21st Century Museum of Contemporary Art in Kanazawa, Japan, to the forefront of this building type.

Among the institutions added to this new edition are the Giovanni and Marella Agnelli Pinacoteca, perched atop an enormous Fiat factory in Turin, Italy, and the Nasher Sculpture Center in Dallas, both by Renzo Piano Building Workshop; three notable updates of the museum as sacred space, two by Yoshio Taniguchi and one by SANAA; the Lois & Richard Rosenthal Center for Contemporary Art in Cincinnati by Zaha Hadid; and expansions of the Reina Sofia Museum of Modern Art in Madrid by Ateliers Jean Nouvel, the Walker Art Center in Minneapolis by Herzog & de Meuron, and the Museum of Modern Art in New York by Taniguchi. Finally, the De Young Museum, reflecting its own eclectic conditions, and the 21st Century Museum, consisting of non-hierarchical spaces for every conceivable kind of contemporary artwork as well as facilities for social exchange, are innovative hybrids that propose new directions for the future of museum architecture.