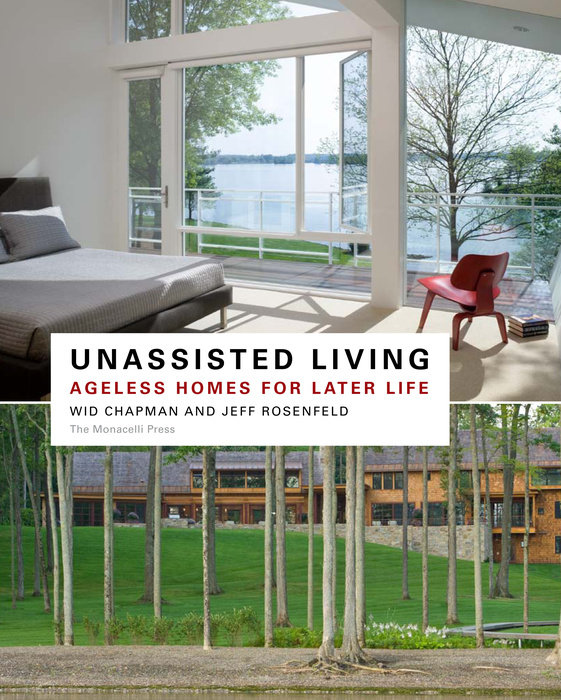 Wid Chapman is the principal of Wid Chapman Architects, a firm specializing in hospitality, retail, and residential design. He is a senior faculty member at Parsons School of Design at the New School.

Jeff Rosenfeld is an environmental gerontologist and professor of gerontology at Hofstra University. With Wid Chapman, he is the author of Home Design in an Aging World and a frequent contributor to LiveWire and InformeDesign.

Unassisted Living documents the shift away from the senior housing that promoted disengagement toward architecture and design that promote active aging. The book is organized in six sections, corresponding to the concerns and special interests of Boomers—those who intend to remain in an urban setting, those concerned with sustainability, those with complex families and non-traditional households, and those who seek a community based on spirituality or shared interests.

Boomers are perhaps the largest generational cohort the United States has ever seen. Numbering some 78 million people born between 1946 and 1964, Boomers are not accepting traditional retirement or “senior housing” and are instead determined to remain active and engaged professionally and socially.

"Wid Chapman, an architect, and Jeffrey P. Rosenfeld, a gerontologist who specializes in the relationship between aging and the built environment, collected 33 examples of residences that have been recently designed to bridge the distance between one’s vital and declining years . . . some with features you might not expect in such homes, like stairs. Their book . . . includes projects like a remote mountain house and a multigenerational community." —The New York Times

"As 77 million boomers begin to retire over the next two decades, they’re launching new careers, taking care of boomerang children, and planning for their next stage in life: senior housing. As gerontologist Jeffery P. Rosenfeld and architect Wid Chapman found in their new book Unassisted Living: Ageless Homes for Later Life, that means anything but nursing homes. Instead, they’re finding ways to extend their independent-living years by remaining active, retrofitting homes with universal design elements like grab bars, waist-high kitchen shelving, and spacious, wheel-chair friendly rooms." —The Fiscal Times